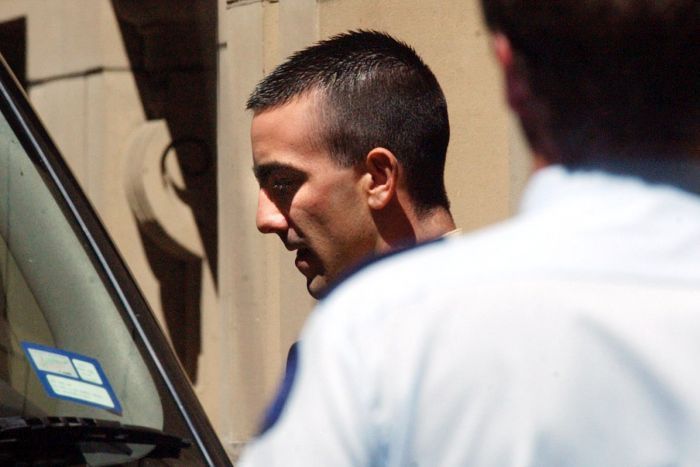 Jason Roberts was convicted of the murders of police officers Gary Silk and Rodney Miller in 2002. Photo: AAP

Victoria’s anti-corruption watchdog has confirmed it is investigating allegations detectives tampered with a key piece of evidence that led to the conviction of Jason Roberts, who was jailed for the murders of two police officers.

Roberts was jailed for at least 35 years for gunning down Gary Silk and Rodney Miller in Moorabbin in 1998, but new evidence has emerged showing a key witness statement that the prosecution relied on could have been falsified.

The original statement, published in the Herald Sun, was taken from police officer Glenn Pullin who said that a dying Senior Constable Miller had told him that there were multiple offenders.

But an altered statement that was used to convict Roberts’ and Bandali Debs contained no reference to more than one gunman.

Both documents were signed by former homicide detective Charlie Bezzina at 4:25am on August 16, 1998.

“I was floored,” Mr Bezzina said. “The first time I saw that statement was two weeks ago.”

Mr Bezzina told 3AW that it was possible he signed the statement without reading it.

“I knew I took that witness statement sometime previous, so I had no reason to go through it with a fine-toothed comb or question the detective who had approached me, whoever that was.

“I have been embroiled in this now and it looks like, on face value, that I’m part and parcel of this conspiracy. Well, I’m not.”

“This puts in doubt comments that were made by Rod Miller on the night as a dying declaration,” he told 3AW. “This is a manipulation of the facts to fit a theory that the detectives had.”

He said it undermined the conviction of Roberts and potentially implicated police in corruption.

“Without Glen Pullin saying ‘I heard a conversation’ [with Rod Miller], it all falls over.”

The Independent Broad-Based Anti-Corruption Commission (IBAC) said it was now investigating the matter.

“As this is now an ongoing IBAC investigation, for legal and operational reasons, no further comment can be provided,” it said.

“The allegations as I understand it have now been referred to IBAC and IBAC will undoubtedly conduct a thorough investigation of it,” he said.

“With the greatest respect to those calling for it, I think calling for a judicial inquiry within a day or two of the matter being referred to IBAC is premature.”