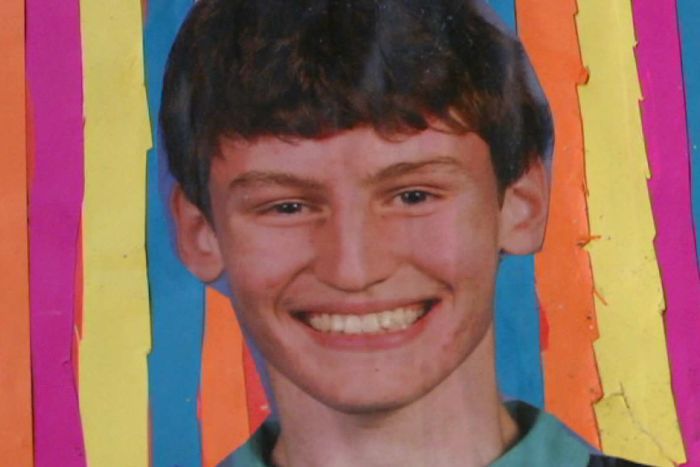 The Victorian Disability Minister today urgently intervened to remove a young man with a profound intellectual disability from jail.

Minister Martin Foley made the decision after the ABC’s 7.30 informed him the young man was there because, under the National Disability Insurance Scheme (NDIS), no disability provider would have him.

Francis has been in prison on remand since September because disability providers refused to give him the 24-7 care he requires due to his complex needs.

Every time he had a bail application he had to stay in jail because he had no other options, and was looking at being in the high-security Melbourne Assessment Prison, which houses some of Victoria’s most hardened criminals, until February.

This is despite his NDIS package funding him for $1.5 million a year in services.

‘He doesn’t understand why he’s here’

Francis, who has autism and an intellectual disability, turned 20 this week, but his mother Janet told 7.30 he has the mental age of a toddler and an IQ in the 40s.

Francis’ Legal Aid solicitor, Lucy Geddes, told 7.30 it was an, “abject failure that we have someone like him in custody”.

“It is not a therapeutic environment for him, it’s a custodial environment, it’s punitive.

“And I’m not a clinician, but my view is that the longer he spends in custody, the more difficult his transition back into the community will be.”

The ABC alerted Mr Foley to Francis’s situation this week and he said he was distressed to hear of it.

“When this tragic set of circumstances of Francis’s situation was brought to our attention, we’ve acted,” Mr Foley said.

“Today we’ve secured a quality provider who will start tomorrow the process of engaging with Francis and starting to get him out of the remand prison.”

But Mr Foley and Victoria Legal Aid \point out there will be further people in Francis’s position unless the transition to the NDIS is managed more effectively.

“For Francis and anyone else that is falling through the gaps, that have been created as the NDIS rolls out, we have to do better,” he said.

“The Productivity Commission only last month called for that very thing, that the Commonwealth needs to step up through the NDIS and be the provider of last resort.

“That’s self-evidently the case and there is no better example than what has happened to Francis.”

Victoria Legal Aid has made a submission to the Federal Joint Standing Committee on the NDIS to say it has four clients in this position, and knows of others in New South Wales, who cannot leave prison because they have nowhere to go and there is no provider of last resort when the market failed to offer care to people with complex disabilities.

Legal Aid manager of mental health and disability, Sonia Law, told the committee that clients’ families were being told by the NDIS it was simply and “insurer or a bank”, and by the Victorian Department of Health and Human Services, which used to provide care before the NDIS, that it was simply a “landlord”.

“The market” was supposed to provide the care, but disability providers in that market were describing clients like this as a “business risk”.

Ms Law said for the first week in custody Francis was in solitary confinement, and after that he was subjected to wearing handcuffs every time he left his cell.

“He’s not coping well in jail, he finds the environment very distressing and frightening,” she told the NDIS Inquiry.

“He’s quite vulnerable and at risk of violence from other prisoners.”

Ms Geddes said when she went to see Francis in jail he was wearing a T-shirt covered in blood stains and had bleeding fingers because he had been self-harming.

“And it was particularly distressing five days later, when I appeared in court on behalf of Francis, and Francis appeared via video-link and he was wearing the same T-shirt,” Ms Geddes said.

“And then the next day, when I had a further video-conference with him, so six days after that initial visit, he remained in that bloody T-shirt.”

Ms Geddes said she had seen photographs of her client covered in bruises which, it’s now alleged, were caused by the first care providers who were looking after him.

Those providers were sacked and another agency came on board. But Ms Geddes was disturbed when she went to visit Francis at his unit in Reservoir, in Melbourne’s north, where he was being supervised by two disability workers.

“I was shocked at the conditions in which he was living, which could be described as squalid,” Ms Geddes said.

“There was no furniture in the house, there was only a single mattress on the floor, there were stains all over the walls, and I thought it was appalling that someone could be living in a house like that.”
She said he was effectively being kept prisoner.

“Francis was not allowed outside and the carers, for whatever reason, didn’t think that it was appropriate for Francis to be outside, and so for days on end, [he] had been kept inside like a caged animal,” she said.

Francis snapped, breaking down the unit’s door and absconding. In his distress, he assaulted a woman on the street and was picked up by police.

Ms Law said given Francis’s lack of prior offending, his disability, his inability to plead guilty, and the nature of the offence, there was no way he would have received a jail sentence.

But that didn’t matter because he had nowhere else to go.

‘It shouldn’t be happening’

NDIS committee chairman and Federal Government MP Kevin Andrews is calling for emergency intervention for people like Francis, whom he described as being in “no-man’s land”.

“This is a tragedy. It shouldn’t happen, but it is happening, regrettably,” Mr Andrews told 7.30.

“And something has to be done to deal with it.

“For many of these people with complex mental and intellectual problems, it’s not just an issue for the Commonwealth and the NDIA, it’s also an issue for state services as well.

“And they have to come together, I believe, as a matter of urgency, and in each state fund a provider of last resort, so we don’t have people languishing in jail for months, and in one case here in Victoria, for nearly two years now, who should not be in jail.”

The National Disability Insurance Agency said in a statement it was not permitted to speak about individual cases. It said these sorts of cases, where there are a number of government agencies involved, were complex.