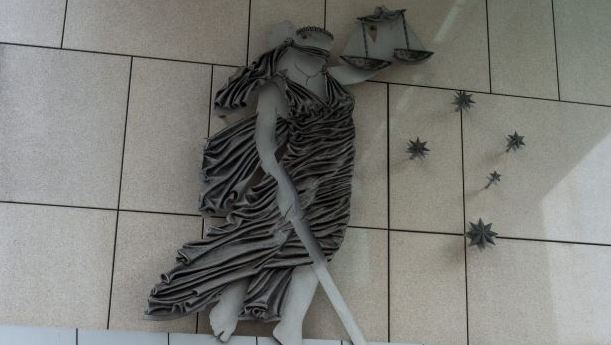 The 70-year-old appeared before the Victorian County Court on Wednesday having previously pleaded guilty to indecently assaulting two boys at Geelong College between 1973 and 1992.

Whitcroft worked at the school in a number of sports roles between 1973 and 1982 before moving to other schools in Victoria and Queensland, prosecutor Pat Bourke said.

He returned to Geelong College in 1989 and remained until dismissed in 1993.

Whitcroft lived 500 metres from the school and often had students at his residence, the court was told.

“These massages became more sexualised over time. He would brush the victim’s penis and say it was an accident,” the prosecutor said.

“He continued to massage the boys despite being told not to.”

In 1992 Whitcroft grabbed one boy’s genitals in the school dormitory and told the boy he was a “dirty little bastard”.

Whitcroft has pleaded guilty to a charge of committing an indecent act over that incident.

He has also pleaded guilty to three counts of indecent assault over the continued sexual abuse of another boy who he began grooming in 1973.

“The victim confided in the accused and considered him to be a paternal figure,” Mr Bourke said.

After introducing massages as a form of stress management, Whitcroft performed sex acts on the boy and told the student it was “their secret”.

The student did not tell anyone about the abuse until the late 1980s.

In 2010 the boy’s father confronted Whitcroft.

“He admitted to ‘having an affair’ with the victim,” Mr Bourke said.

Whitcroft maintained it was an “affair” when interviewed by police in 2016.

Whitcroft was in May 2016 sentenced to 18 months in prison and a two-year community correction order after pleading guilty to sexually abusing a 14-year-old boy at a Sunshine boys home in the early 1980s.

He completed that sentence on Thursday but remains in custody awaiting sentence over the latest charges, the court was told on Wednesday.

Judge Felicity Hampel is due to sentence Whitcroft on November 16.