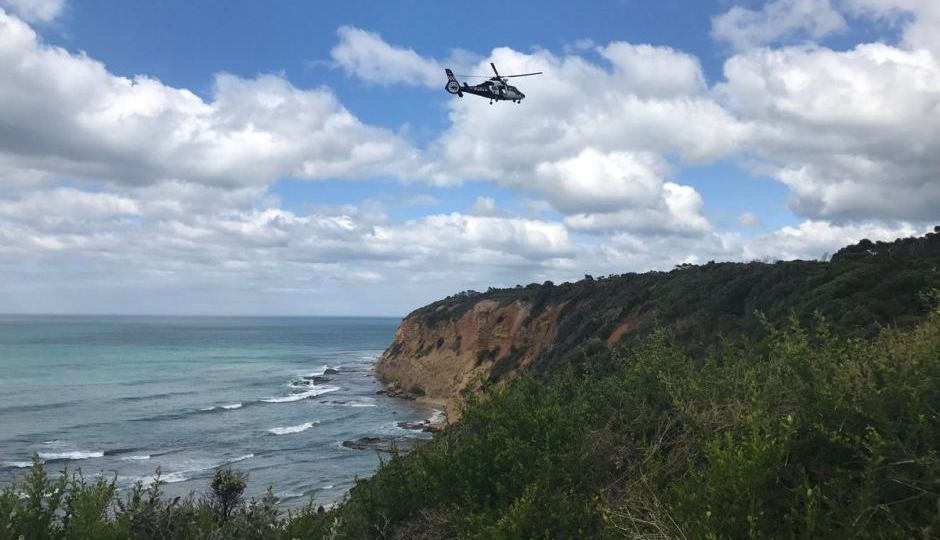 Police have narrowed their search for missing Melbourne mother Elisa Curry, who was last seen at her family’s holiday home on Victoria’s Surf Coast five days ago, as authorities warn hopes of finding her alive are fading.

Emergency service crews have scaled back a large search of local running tracks, and are focusing on a 300-metre area around the family’s holiday home at Aireys Inlet.

Victoria Police Inspector Peter Seel said searchers would focus on vacant properties, under houses, and in gardens and sheds.

Neighbours will also be doorknocked again.

Ms Curry’s husband and children discovered she was missing when they arrived at the house about 9am on Sunday morning, after they had watched the AFL grand final in Melbourne the day before.

Her phone was missing and the family dog was found roaming the streets.

About 25 bush search and rescue volunteers have been combing the area.

Inspector Seel said it was becoming increasingly unlikely authorities would find Ms Curry alive and the search would be reviewed on Thursday afternoon.

“Expert medical advice is that if she’s in the bush, the likelihood of her being alive after last night is remote,” he said.

“We’ll reassess this afternoon, but at this stage if nothing’s found by 4pm we’ll have to consider scaling back the search.”

Ms Curry was last seen getting into bed on Saturday night at her holiday house by a neighbour.

She had watched the AFL grand final that day with a female friend.

Inspector Seel said later in the day Ms Curry’s neighbours, a married couple, visited her and left together.

But her female neighbour returned again to have a conversation with Ms Curry over a “personal matter”.

“We’ve spoken to neighbours and we’ve been given their idea of how she was feeling, but it doesn’t help us in any way,” he said.

Inspector Seel said Ms Curry’s mobile phone was last active about 10:30pm on Saturday, when she received a text message from her husband about the football.

He said there was no evidence in the communication between them to suggest Ms Curry was distressed.

Inspector Seel said police have still not ruled out whether Ms Curry may have gone for a run between when she was last seen at the home and when her husband and children returned on Sunday.

Ms Curry, a marathon runner, had been known to run to Lorne and back – a total distance of about 40 kilometres.

“I think the likelihood of her running at night, especially on bush tracks is remote,” he said. “I can’t see her running along a bush track when it’s dark and it’s easy to fall.

“If she went for a run, I think it’s more likely it was in the morning.”

Inspector Seel said police were unsure what Ms Curry might have been wearing when she went missing.

“She had a lot of runners and clothing, we just don’t know which clothing and which runners,” he said.

On Wednesday, police said they were keeping an open mind about the investigation and looking into whether Ms Curry’s disappearance could be suspicious.

But Inspector Seel said there was no direct evidence to suggest it was suspicious.

Ms Curry’s husband, David Curry, made an appeal on Tuesday for anyone who may have seen something to contact police.

Police said they had also searched the family’s home at Surrey Hills, in Melbourne’s east, where a family friend was staying, “in case she turned up back there”.

Inspector Seel said Mr Curry was “doing it pretty hard” and the family, including the couple’s three children, had been referred to counsellors.

He said with little information, it was difficult to know what had happened.

“It’s different [to other missing persons cases] in that, normally you might get a direction of travel or a car being left somewhere, or a phone that pings somewhere,” Inspector Seel said.

“The difficulty here is that we haven’t had any of that.

“What I will stress to the local community is not to be too concerned about their welfare.”