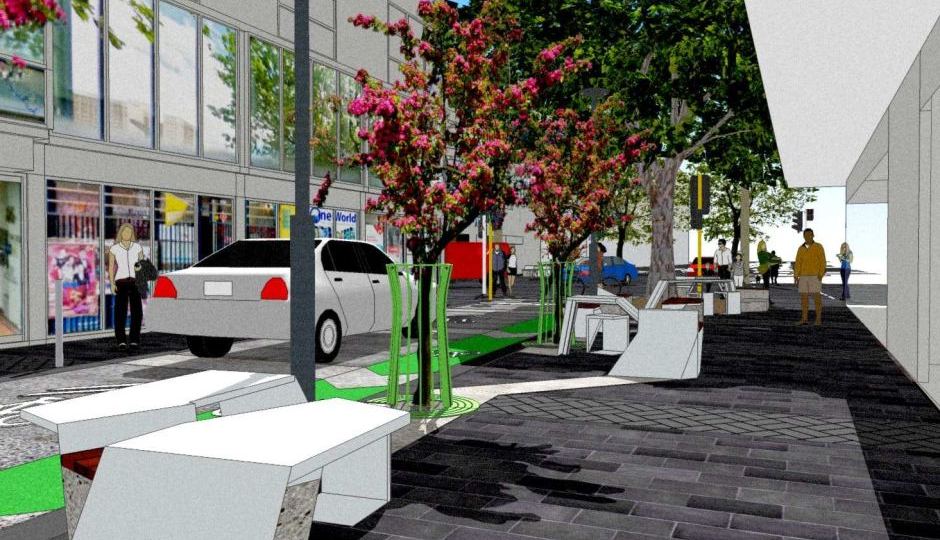 A Melbourne mayor has defended a proposed memorial for victims of drug overdoses after it was criticised by the state’s Victims of Crime Commissioner, who says ratepayers should not fund a monument to illegal activity.

The memorial is proposed as part of a streetscape upgrade in the inner suburb of Richmond, at a known hot spot for drug activity around Victoria and Lennox streets.

Yarra City Council voted on the plan earlier this month and has now called for public feedback.

Mayor Amanda Stone said the plaque would raise awareness of the effect drugs have on the community.

“It’s part of a whole package of measures that are intended to improve a notorious corner in Richmond where it’s a gathering place for a lot of drug activity,” she said.

“The intention was to open the area up, make it a more pleasant place for a wider range of people and to improve the amenity and make it safer.

“A memorial park has been suggested as just one part of that whole package of streetscape improvement.”

Cr Stone said the memorial was not about solving the drug problem, and the council firmly supported a trial for a safe injecting room in the area.

“The memorial is really to draw attention to the fact that it’s a real human tragedy down there for those who are dying of drug overdoses, that [would be] preventable if there was a supervised injecting facility,” she said.

She admitted the council had experienced backlash, but said the consultation process was about hearing community views.

“We’re getting very mixed views and we’ve got very strong support from some people and it’s also upset some people, particularly businesses down there,” she said.

“I can understand businesses down there having a negative reaction because they’re actually at ground zero, dealing with the impacts of drug use every day in their businesses and it is pretty negative for them.

“But I’ve also heard comments about some lives being worth more or less than others, which I think is pretty difficult to contemplate.”

Poor use of public money: commissioner

Victims of Crime Commissioner Greg Davies said there “must be better ways” to deal with the issue.

“I thought the ratepayers of Yarra and taxpayers of Victoria might have had something better to do with their money than erect a monument to people who committed what are illegal acts and in the process lost their own lives,” he told ABC Radio Melbourne.

“Does it actually prevent anybody from doing it again? Does it actually save anyone in the future? Or does it perhaps become the meeting point for people of like minded activity?”

A proposal for more injecting rooms across Australia and the decriminalisation of drug use, put forward by think tank Australia21, has been backed by several senior law enforcement officials and a former Supreme Court judge.

But Premier Daniel Andrews remains opposed to the idea of an injecting room trial in Richmond.

On Tuesday, Mr Andrews said the Government would consider the issue after a parliamentary inquiry concluded later in the year.

“We will respectfully and properly consider the findings of that parliamentary inquiry and respond in good faith,” he told ABC Radio Melbourne.

Richmond mayor hits back at criticism of drug deaths memorial