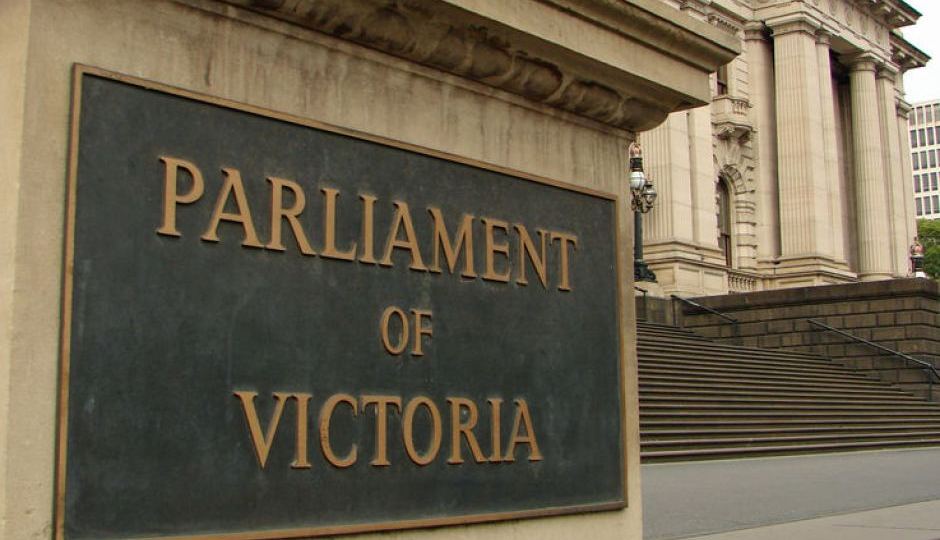 The Andrews government has revealed how it will spend Victorians' money. Photo: ABC

The Victorian government will spend a record $1.9 billion on family violence prevention, but will make big cuts to the public service to fund it, Tuesday’s state budget has revealed.

The money will go towards implementing the 227 recommendations in last year’s report from the Family Violence Royal Commission.

About $448 million will go towards establishing 17 one-stop-shop support-and-safety hubs across the state, while more than $270 million will be spent on victim assistance, support and counselling.

Specialist family violence courts will be introduced at locations across Victoria and legal assistance for victims will be expanded, at a cost of $269.4 million.

But in order to pay for the measures, government departments will be required to slash $1.35 billion over four years.

Treasurer Tim Pallas provided few details about where the cuts would be made, but stressed that “frontline services” would not be affected.

“We had to make a choice. It’s either you increase the tax burden on the community or you take the view that this is so important that the government will redirect effort, and that’s exactly what we’re doing,” he said.

“I can guarantee that it will essentially not impact on frontline services.”

The government also revealed it would relocate 750 public sector jobs to regional Victoria under a four-year plan to decentralise the workforce from metropolitan areas.

Ballarat will be the main beneficiary, with 600 jobs moving to the city, while 150 will be established in the Latrobe Valley.

The future of the proposed Victorian Heart Hospital is now in question, after $135 million previously allocated to the project disappeared from this year’s budget papers.

The government promised to build the hospital before the last election, with $15 million allocated in the Labor government’s first budget, and the $135 million included in its second.

Mr Pallas blamed the federal government for disrupting the project.

“We were clear at the time, when we announced this election commitment, that it was contingent upon the Commonwealth kicking in an equal contribution,” Mr Pallas said.

He said the funds had been moved into a contingency fund, since the costs of the project were likely to rise.

“It’s one of only two or three election commitments that we can’t deliver, and the only reason they can’t be delivered is because if Labor said it was a good thing to do, the Commonwealth are committed to frustrate it.”

Rail upgrades ‘will not occur’ without federal support

The Treasurer was similarly scathing of the federal government’s attitude towards Victoria’s planned regional rail upgrades.

That announcement has become the subject of a fight between the state and federal governments.

Victoria argues it is entitled to money for selling off public assets, but the federal government disagrees.

Mr Pallas was definitive in saying the project would not go ahead without cooperation from the Commonwealth.

“If the federal government say they’re out, then regional rail revival will not occur,” he said.

“We think that they have a role and a responsibility to help us grow the state, particularly regional Victoria.”

Give and take on stamp duty

The government had already revealed plans to spend $851 million to abolish stamp duty for first home buyers purchasing property up to $600,000 in value.

They will also offer stamp duty cuts for first home buyers spending up to $750,000.

But stamp duty concessions for property investors buying off the plan have been scrapped.

While it may be lessening the burden for first home owners, the budget papers revealed the government will reap the benefit of Melbourne’s booming property market.

In a sweetener for businesses, the government is bringing forward changes to the payroll tax threshold a year earlier than expected.

Country businesses will receive further concessions, with a 25 per cent discount on payroll tax for any business substantially based in regional Victoria.

The government expects to collect $5.8 billion in payroll and labour force tax next financial year, and more than $6 billion a year over the next four years.

Money needed to ‘get tough’ on crime

Opposition Leader Matthew Guy said law and order was the biggest issue facing the state and the budget was a missed opportunity.

“This budget does nothing to crack down on a crime wave that is sweeping Victoria,” he said.

It's a lot to cram into a 2-minute video, but I gave it a crack. #VicBudget pic.twitter.com/AFbRnfqre8

The government announced its $2 billion investment in new police in December and a $300 million package to monitor serious violent offenders in the lead-up to the budget.

But Mr Guy claimed there was no new money in the budget to “get tough” on law and order, and repeated his call for mandatory sentencing for violent offenders.

“We want to get tough on family violence,” he said.

“One of the best things we can do is put those repeat family violence offenders behind bars on a mandatory sentencing regime.”

“This is a government that is spending money like a drunken sailor, but they don’t even have the hangover to show for it,” he said.

“This is a budget that has failed Victorians.”

Many of the big ticket items in the budget were revealed in the weeks leading up to its release, including:

As revealed on Monday, the budget forecasts a surplus of $8.3 billion over the next four years, including $1.2 billion in 2017-18.