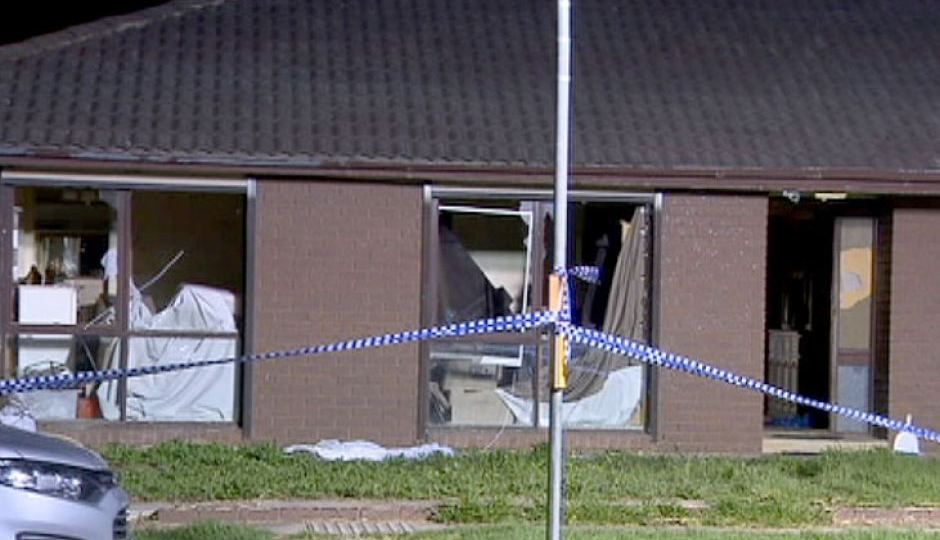 The windows of the house were broken when police tried to end the siege. Photo: ABC

A man at the centre of a nine-hour siege at Werribee, in Melbourne’s south-west, has been found dead.

The man, 36, was a suspect in an aggravated burglary in nearby Hoppers Crossing on Saturday night, and when police went to speak to him on Sunday morning, he refused to come out of a property.

Police said officers from the Critical Incident Response Team and the Special Operations Group attempted to negotiate with the man and used a “variety” of non-lethal tactics, such as flash bang grenades, to try to flush him out.

Most of the windows in the front of the house were broken during the incident.

Police said the man claimed to have a gun but they did not see it.

Victoria Police Superintendent Tim Hansen said when officers entered the property about 7:30pm on Sunday, they found him dead.

“During the last couple of hours we lost communications with him,” he said.

“We then deployed a series of non-lethal tactics trying to encourage him to surrender peacefully to police.

Superintendent Hansen said they were “confident” there were no suspicious circumstances.

“We will work the coroner and there will also be an internal police investigation in relation to the circumstances of that person’s death,” he said.

Werribee siege ends with discovery of body in house