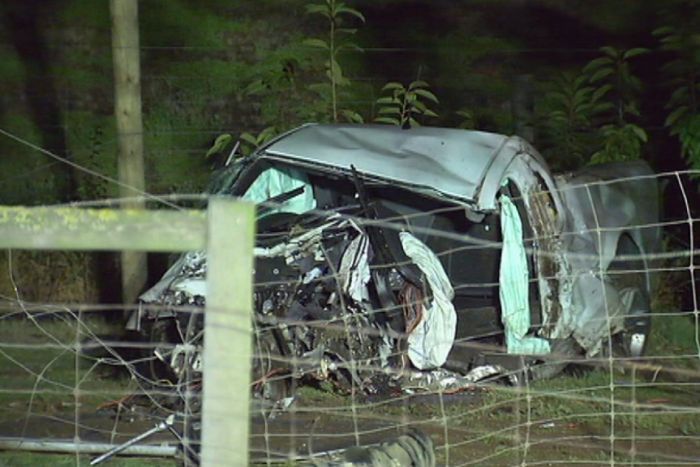 Five men have been killed on Victorian country roads in the past 24 hours, including three who crashed into trees, prompting police to urge people to rethink the way they drive.

Victoria Police said five families had received “the worst news of their lives”.

Assistant Commissioner Doug Fryer said while the state was on track for a record low road toll, people needed to take care.

“Each one of those five people killed had a family, a history, a story. They’re not just a number in a toll,” he said.

“Every four hours yesterday our emergency services had to attend another road death.

“Police had to knock on another door and tell someone that a person they loved was never coming home.

“This weekend I’m pleading with everyone to rethink their driving behaviour and make those adjustments which ensure they get home safely.”

The incidents began about 8:00am on Friday when a 39-year-old man from South Australia was killed when he crashed into a tree near Casterton near the state border.

Half an hour later, a 27-year-old man was killed when his ute hit a truck at Beaufort.

His 24-year-old passenger was taken to hospital. The truck driver was uninjured.

At 4:30pm on Friday a cyclist was killed when he was hit by a car  at Devenish, in the state’s north.

The 66-year-old Hawthorn East man died at the scene.

At 2:00am on Saturday, a man is believed to have lost control of his ute and hit a tree at Bacchus Marsh.

His passenger, in his 20s, died at the scene. The driver was taken to hospital with injuries.

Another man in his 20s was killed when he lost control of his vehicle and crashed into a tree on Phillip Island about 4:15am.

Police said they were looking at a range of factors for the five crashes including speed, alcohol, fatigue and poor driver behaviour.

Fifty-five people had died on Victoria’s roads so far this year, compared to 78 last year.