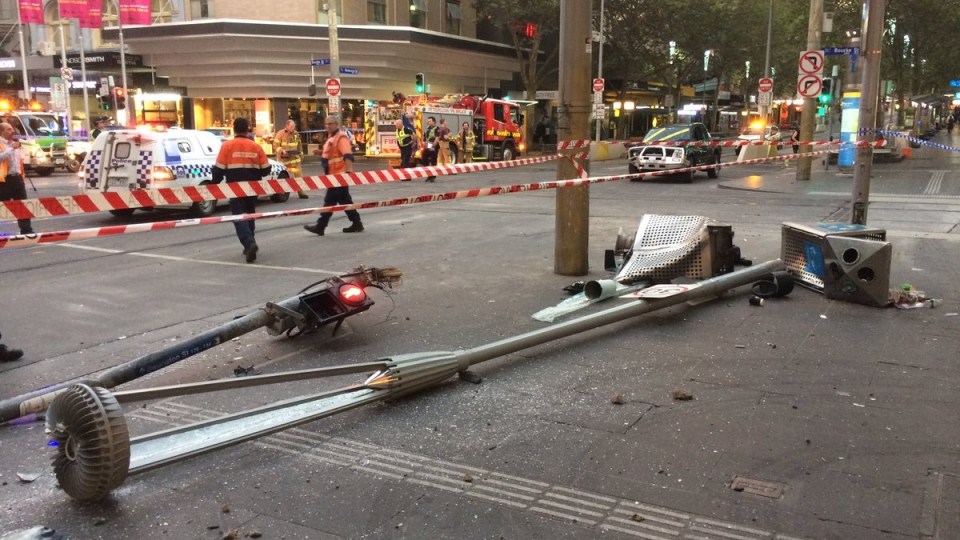 A man whose car crashed into a pole and flipped in Melbourne’s CBD has fled on foot and is believed to be bleeding from the head.

He drove up the tram-only section of Swanston Street on the wrong side of the road at about 6.40am on Friday, knocking over bins and crashing into a light post, before coming to a halt on tram tracks at the intersection of Bourke Street.

9News reported that the man asked a witness to take him to the hospital, but he soon-after fled the scene.

A witness chased the man along Bourke Street before he entered a building.