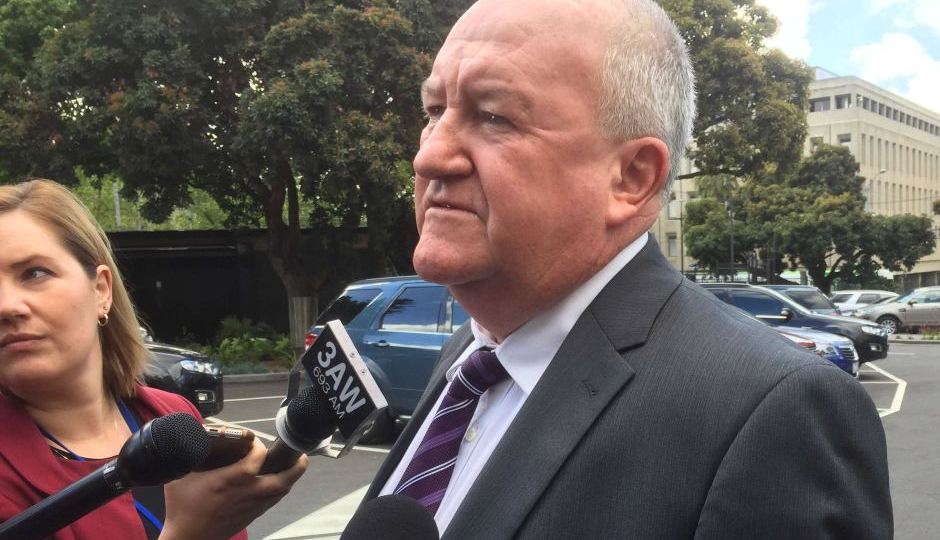 Victoria’s former corrections minister Steve Herbert has announced he is retiring from politics.

Mr Herbert stood down from the ministry in November after using his taxpayer-funded driver to chauffeur his two dogs between his Melbourne home and country house in Trentham.

He told the Parliament he had organised for his two dogs, Patch and Ted, to be driven without him on one or two occasions but could not be more specific because the information was not included in the driver’s travel logs.

Mr Herbert apologised and paid back $192.80 in travel expenses for the trips and also donated $1000 to an animal shelter in Woodend.

At the time, the Upper House member for Northern Victoria said he would remain on the backbench but not contest the 2018 election.

Premier Daniel Andrews said the former teacher, who was also the training and skills minister, had made a “lifelong commitment” to improving education.

“He can be very proud of his strong advocacy for his electorate which has delivered significant upgrades and improvements for many local schools and sporting facilities,” he said in a statement.