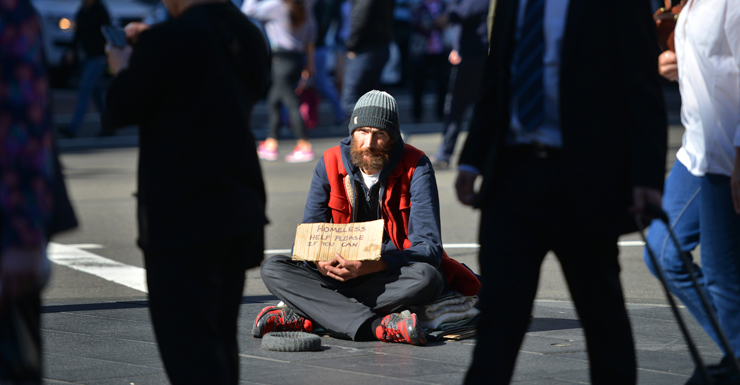 Homelessness is costing the government millions of dollars each year.

It is significantly cheaper for governments to provide last-resort housing than to have people continuing to sleep on the streets, new research commissioned by the University of Melbourne has found.

For the first time, the cost of homelessness in Melbourne has been costed at $25,615 per person each year, covering health, crime and other factors, research conducted by SGS Economics and Planning found.

With 7,600 Victorians living on the streets, that represents an annual cost of $194 million.

Despite projected one-off costs of $60,000 to create each emergency accommodation bed, economists calculated that the investment would result in savings of $10,800 per year when calculated over 20 years.

Lead author of the report Ellen Witte believes the findings should drive further government investment in emergency accommodation for the homeless. 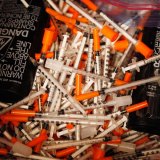 Injecting rooms in Victoria could save lives: Sex Party

“We hope that this will make clear to the Government that if you provide people with a roof over their heads there will be a lesser demand and impact on emergency services, on healthcare, on the police force because there will be a reduction of crime and, last but not least, it will greatly improve the quality of life of the people involved,” she said.

Getting people off the streets was calculated to have the following economic benefits per person:

The report found investment in last-resort housing had a cost-benefit ratio of 2.7 – that is, for every $1 spent on housing rough sleepers society would derive $2.70 worth of benefits over a 20-year period.

The number of people sleeping rough in Melbourne has increased by 70 per cent since 2014, and over the same time the number of beds available to the homeless has also plummeted.

A survey of rough sleepers in 2016 found there were 247 people sleeping rough on the streets of Melbourne compared to 142 in 2014.

In the last four years, 460 beds have been taken off the emergency accommodation market as rooming houses are redeveloped to cash in on the housing boom.

Another 110 beds will soon be gone – including 80 at the Gatwick Hotel in St Kilda.

“We’ve known for a long time that homelessness has a huge impact on both the individual and the community but to now be able to monetise that and put it in a level that we can understand … that’s a game changer,” she said.

Victorian Housing Minister Martin Foley welcomed the report, but said it came as no surprise.

“We know that every dollar invested is a dollar that we’re going to save in health, in justice and in the prison system,” he said

“We would see this report as backing in our already $646 million worth of investment in the last year in housing and homelessness support,” he said.

The true cost of homelessness revealed