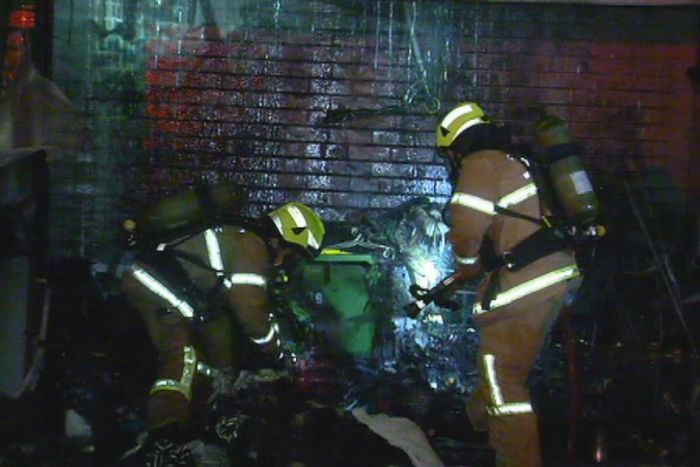 Firefighters and witnesses tried to save the trio but their efforts could not help. Photo: ABC

A man accused of setting a Melbourne factory alight and murdering three people inside it was depressed, a Melbourne court heard on Friday.

Darren Patrick Clover, 52, was due to face court charged with three counts of murder and arson causing death.

But he failed to appear on Friday morning, with a lawyer appearing on his behalf during his filing hearing at the Melbourne Magistrates’ Court, reported AAP.

Victoria Police said Clover was remanded to appear at the Melbourne Magistrates Court late on Friday.

Three bodies believed to be of squatters were discovered by firefighters after they extinguished flames in an old Footscray rope works factory at 11.30pm on Wednesday. 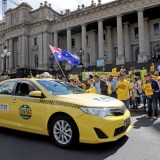 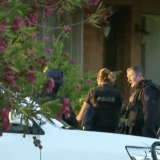 Man hands himself in after St Albans home raided by police

Legal Aid lawyer Katie Powell told the court on Friday there were significant concerns that Clover might harm himself in custody.

She requested a mental health assessment be done.

She told the court Clover had a formal diagnosis of depression and was on prescription medication.

Ms Powell did not give a reason why Clover decided to stay in the cells rather than appear in court.

She did not apply for bail.

Clover was arrested in Melbourne’s CBD late on Thursday afternoon.

The three bodies found inside the factory are yet to be identified, but police believe the victims were two men and a woman.

Earlier on Thursday, Detective Senior Sergeant Brad Nichols said police did not yet know what started the blaze.

“We have spoken to a number of neighbours and we are still collecting more information and we’re trying to find more witnesses,” he said.

The factory is also near Footscray City College, a secondary school, and the principal and police had previously tried to move the squatters on.

Another local told the ABC that homelessness was an issue in the area, and a separate camp had been set up at nearby Quarry Park.

Ari Mangidi lives behind the factory and said several neighbours tried desperately to put the fire out.

“They [brought] water with just a small bucket. I think anything they had to bring water [in], they [brought],” he said.

On Friday, police asked the court for more time for the hand-up brief to be complied with, considering the complexity of the investigation and the severity of the alleged crimes, reported AAP.

Police will also format CCTV footage related to the incident and will be lodging forensic and DNA evidence for analysis, the court heard.