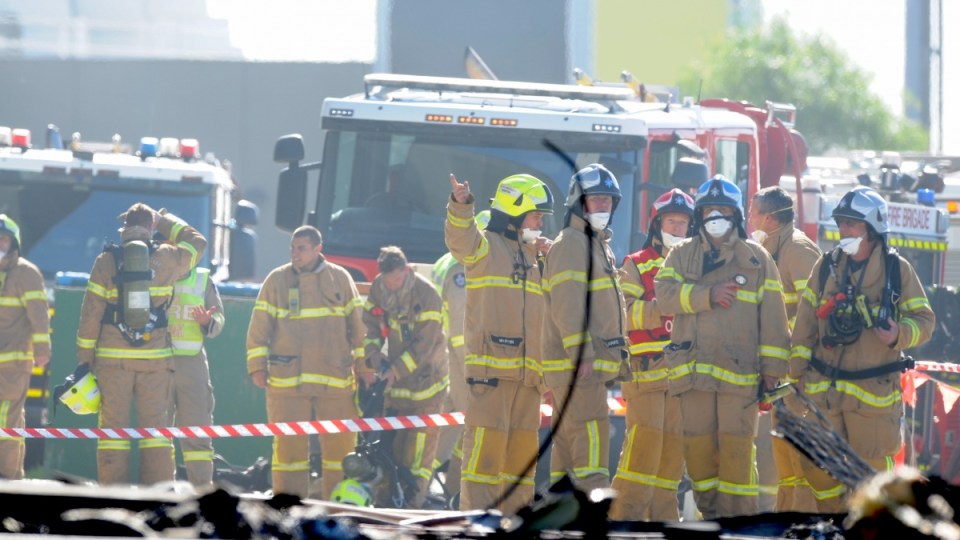 The light plane that crashed into a Melbourne shopping centre, killing five, was shaking before it plunged into the building and exploded, a witness says.

As some ran for their lives, residents and workers at a nearby building site rushed to the DFO shopping centre, near Essendon Airport, the scene of Victoria’s worst civil aviation accident in 30 years.

But they could only watch in horror as the “fireball” raged metres away.

The tragedy claimed the life of Max Quartermain, long-time pilot and co-owner of Corporate and Leisure Aviation, and four American tourists believed to be headed for the island to play golf.

Fairfax Media reported that two of the men were Greg De Haven and Russell Munsch, both from Texas. Several sources identified a third passenger as entrepreneur and investor Glenn Garland. 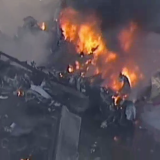 Miraculously, no one on the ground was killed.

The Beechcraft Super King twin-engine aircraft, bound for King Island, off Tasmania’s north-west coast, crashed shortly after take off at 9am on Tuesday.

The plane called mayday twice as it ascended to about 30m, but appeared to be affected by a “catastrophic engine failure”, according Victoria Police Superintendent Mick Frewen.

It crashed into the back of two shops, Focus on Furniture and JB Hi Fi, he said.

#EXCLUSIVE: Final moments before a light plane crashes into Essendon's #DFO, killing all on board. The Tullamarine Freeway and the Calder Freeway were re-opened inbound at about 2.30pm.

Nick Scali employee Grace Martin, 28, said she was sitting outside the shopping complex when she spotted the aircraft coming.

“I saw the plane flying across the top of the roof and it was shaking,” she told The New Daily.

“I ran across to Dan Murphy’s. I heard the big bang and saw all the flames. This is just really sad.”

Ms Martin earlier told reporters: “If it had been a metre lower I wouldn’t be here to be honest.”

Another witness, Carmel Brown told reporters: “There was a big crash and then a big red fireball, like a mushroom.”

See  dramatic photos from the aftermath of the crash 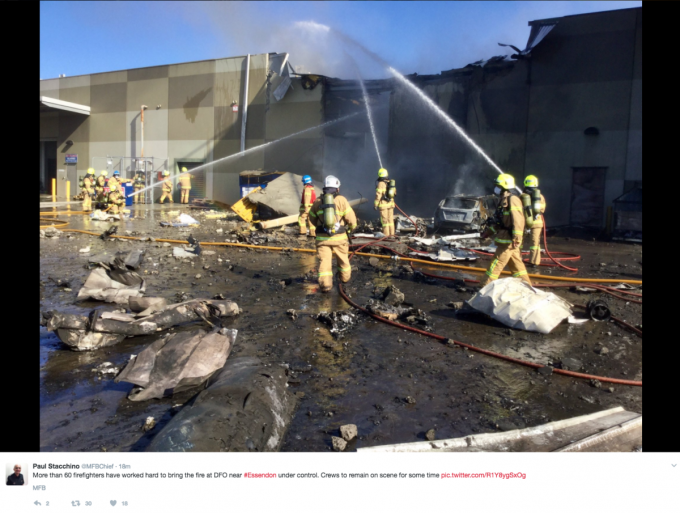 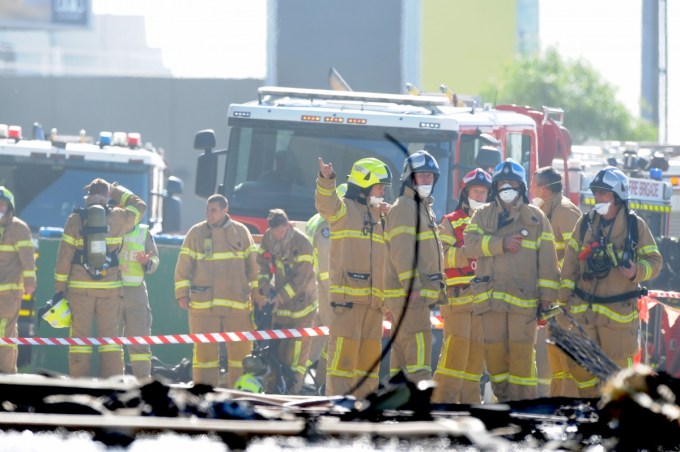 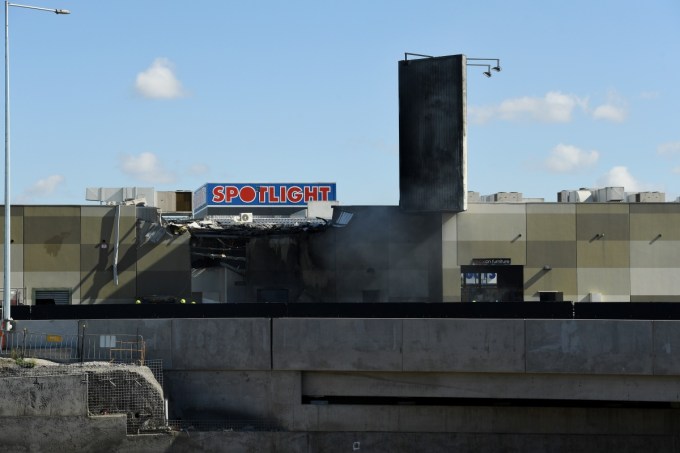 The Spotlight side of the DFO complex was engulfed in flame Photo: AAP 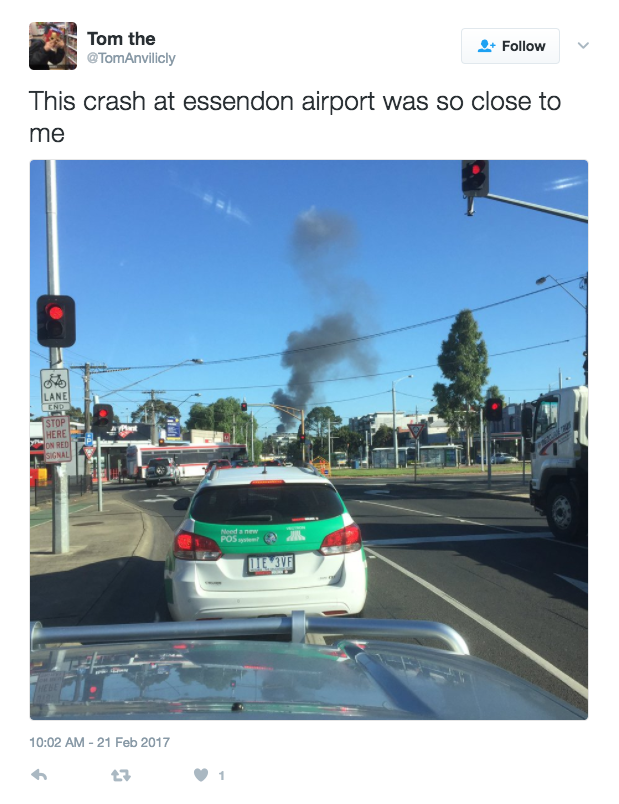 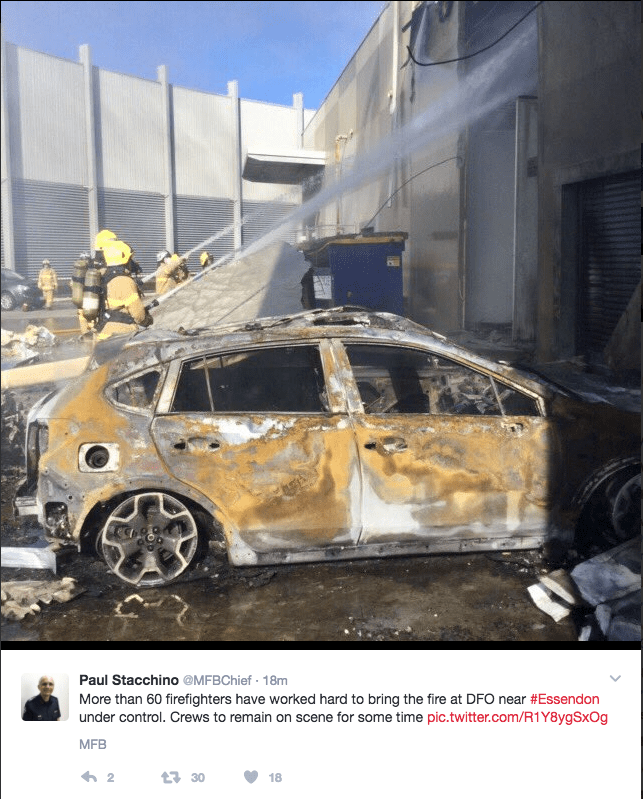 At least 13 firetrucks were on site at DFO to bring the blaze under control. Source: Twitter 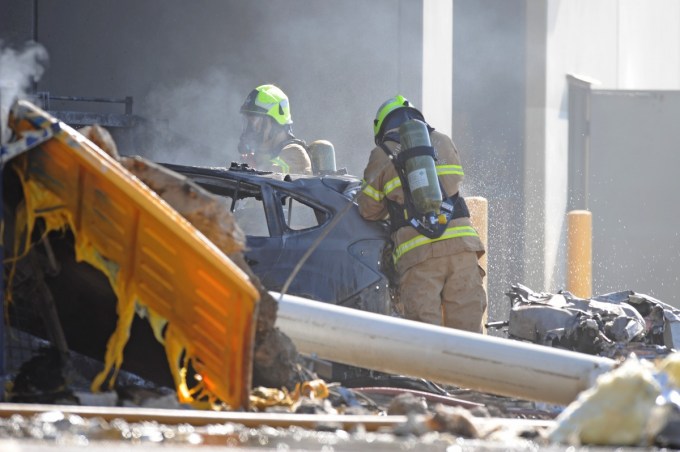 A memorial will be set up at Essendon's DFO centre. Photo: AAP 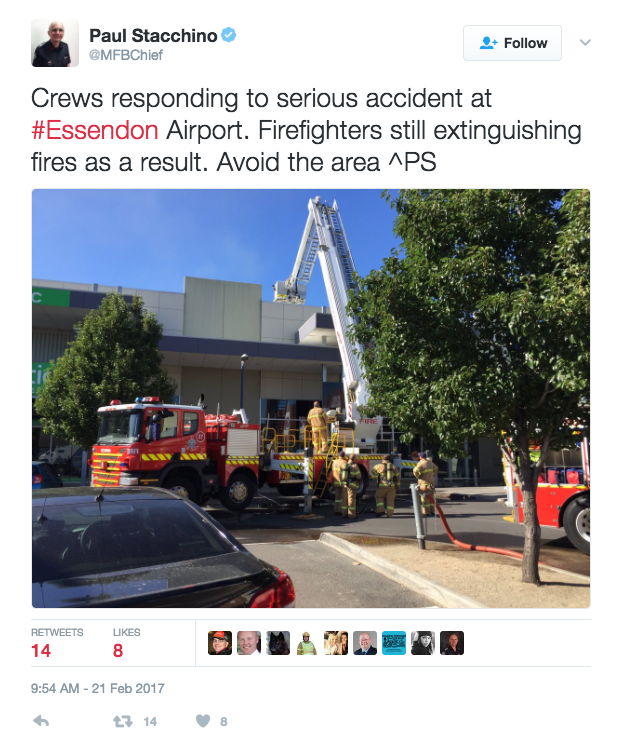 More than 60 firefighters worked to control the blaze. Source: Twitter 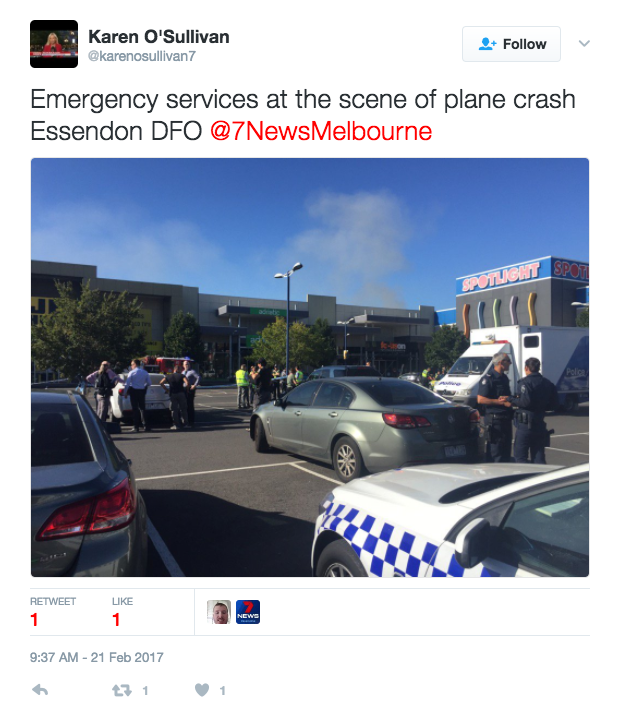 Police gather in the DFO car park shortly after the crash. Source: Twitter 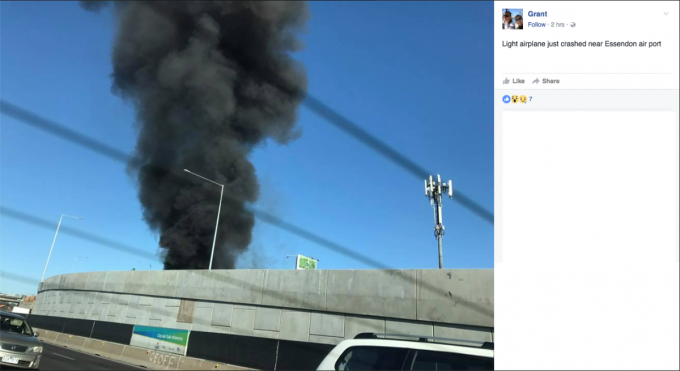 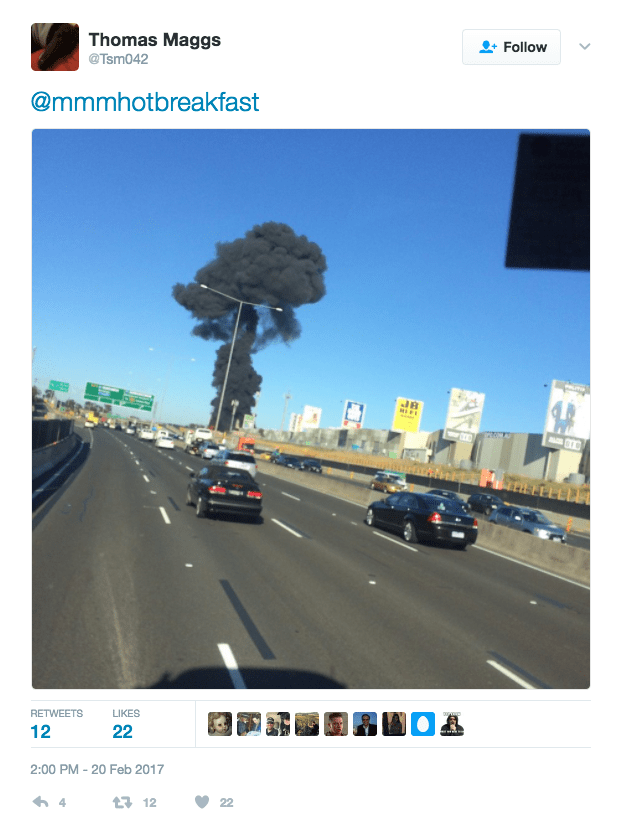 Workers at a nearby construction site dropped their tools and headed straight for the horror “like an army”, resident Max Paladino told The New Daily.

Mr Paladino, who ran to the scene with them, said the group of about 15 had hoped to help.

“It was just adrenaline,” he said. “There was no way possible we could do anything. You could feel the heat.”

“Eventually one of them said, ‘this could blow up.’ So we left.”

Police confirmed no one on board the plane survived the tragedy.

Victoria Police assistant commissioner Stephen Leane said it appeared the pilot had tried to return to the runaway shortly after taking off.

Victorian Premier Daniel Andrews said it was “the worst civil aviation accident that our state has seen for 30 years”.

He declined at the press conference to confirm any details of the passengers’ identities.

“We are currently reaching out to their families to provide them with the support that they need to try to comfort them at what must be just such a horrible moment,” he told a media conference.

Mr Andrews also paid tribute to emergency services, including about 90 firefighters who worked to extinguish the inferno.

Employees at Spotlight, near where the plane is believed to have made impact, were inside at the time, according to a spokeman, but all were accounted for.

Emotional staff members were met by loved ones as they emerged from the shopping centre.

Debris was also strewn onto the Tullamarine Freeway, which runs next to the shopping centre, with motorists spotting what was believed to the plane’s tyre on the highway.

The Coroner will investigate while the Australian Transport Safety Bureau investigators and Civil Aviation Safety Authority will also examine the crash.

The DFO centre isn’t likely to reopen until Wednesday.

Sunny, an employee at Villa and Hut, said he was still in shock.

“I’m feeling really sad. No one wants to have something like this happen at their workplace,” he told The New Daily.

Nearby resident Usha said she ran outside after hearing a loud bang and saw smoke billowing from the shopping centre.

“I’ve never smelt anything like it before. It was like coal burning,” she told The New Daily.