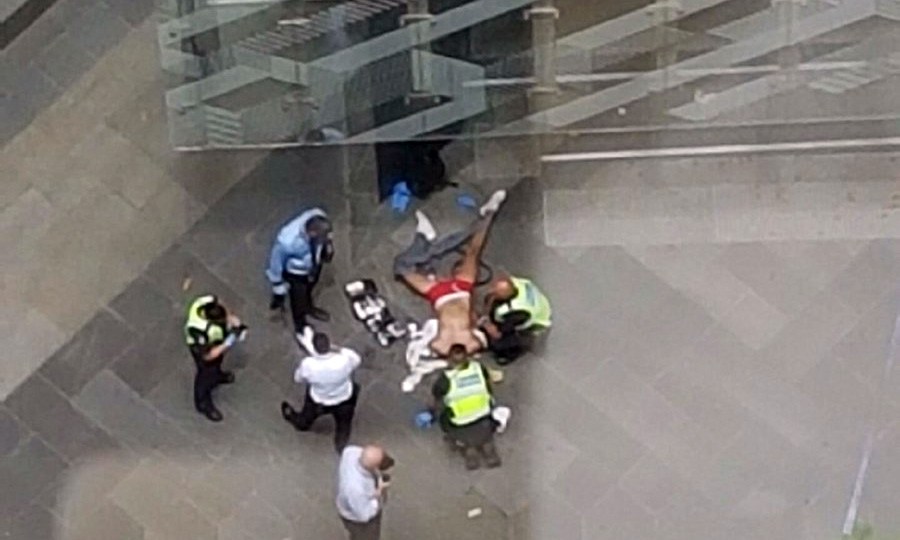 A man lies on the ground surrounded by police after the incident in Melbourne's CBD. Photo: Dion Holswich

A man, 26, allegedly ploughed a car into numerous Melbourne pedestrians on Friday afternoon, killing four, including a 10-year-old child. At least 20 people were injured, five of them in critical condition.

Police fired several shots and rammed the vehicle in order to arrest the suspect, who was dragged onto the pavement of William Street, near the corner of Bourke Street.

The driver, identified as Dimitrious Gargasoulas, is in custody, reportedly with a non-life threatening gunshot wound.

Officers said there was no longer any threat to the public, and no apparent link to terrorism or organised crime. The suspect was known to police and had “an extensive family violence history”, according to Victoria Police chief commissioner Graham Ashton. 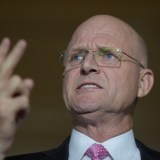 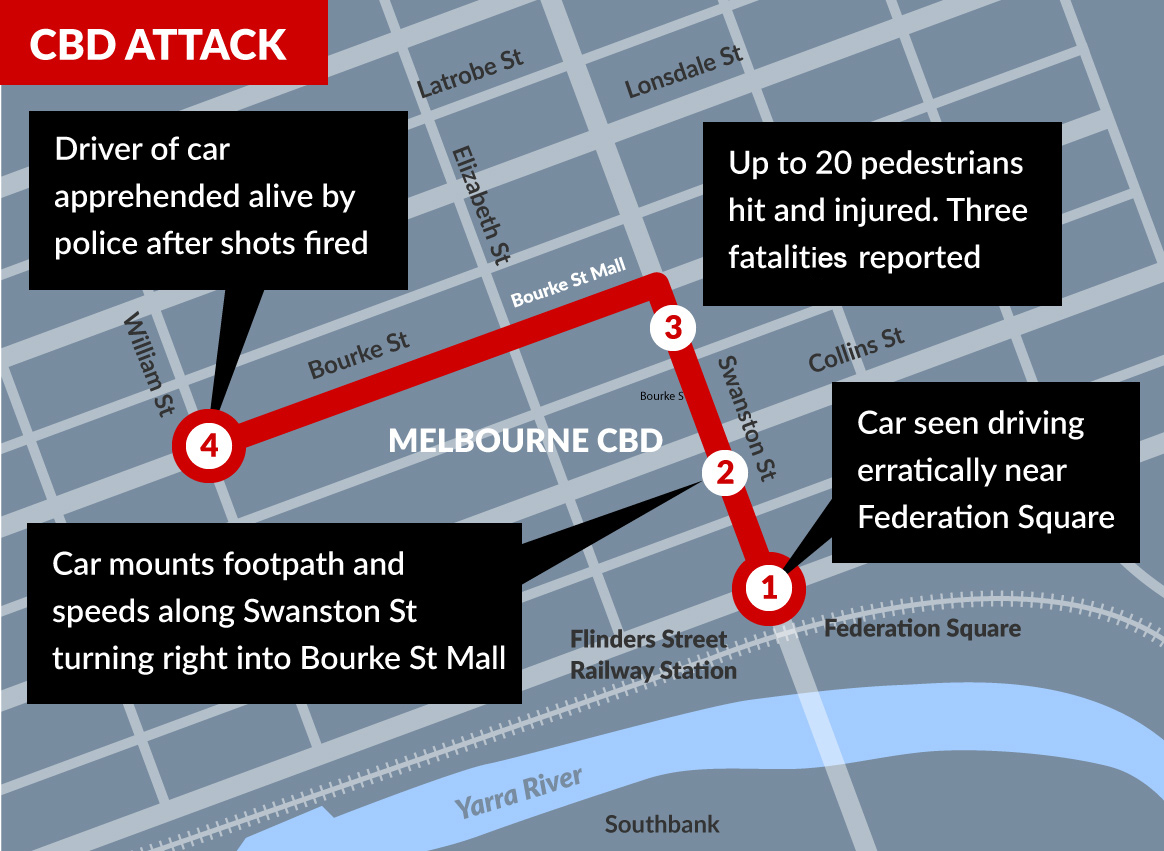 Witnesses reported seeing a baby dragged several metres by the alleged attacker’s car. The three dead include a man and woman in their 30s and a child of unconfirmed age. Another infant is among the critically wounded.

The Victorian Premier paid special tribute to pedestrians who came to the aid of the wounded.

“We have heard more and more stories coming out of just ordinary Victorians coming to the aid of their fellow Victorians. Reaching out, helping, providing assistance, doing the right thing. That does them great credit and it makes me and it makes all of us very proud to be citizens of this great state,” Mr Andrews told a press conference.

There are reportedly four children being treated for injuries at the Melbourne Children’s Hospital. One is a three-month-old baby being operated on, another is two-years-old in intensive care and another, nine, with limb injuries.

Chief Commissioner Ashton said the suspect had come to police attention “on many occasions” recently.

“We have mental health and drug-related issues in the background of this particular person. He has been coming to our attention more recently over recent days in relation to assaults, family violence-related assaults. He also was charged by us over the course of last weekend.”

The suspect was allegedly involved in an earlier stabbing in the Melbourne suburb of Windsor. There were reports he fled the scene with a woman, who may have been a hostage. She exited the vehicle on the Bolte Bridge, police confirmed.

Chief Commissioner Ashton confirmed police cars had been following the vehicle before the fatalities, but deemed his driving to be “too dangerous” for them to intercept.

“We then brought in the support of the air wing, who were maintaining obs [observation] as we tried to find another opportunity to intercept the vehicle,” he said.

The rampage began in front of Flinders Street train station, one of Melbourne’s most iconic landmarks.

Footage on social media showed a red car circling the intersection before driving down Swanston Street, which is closed to cars.

Witnesses told The New Daily the car drove for four blocks, swerving onto the footpath and scattering pedestrians, before turning into in the pedestrian-only Bourke Street Mall.

Numerous images and videos posted to Twitter showed the suspect being detained by police alongside a red car with a heavily crumpled front. A baby pram was crumpled onto the bonnet.

A witness told The New Daily he saw a red car being chased by police, which then “mounted the curb in front of a shop and then it ploughed through a crowd hitting people”.

A woman who works in Royal Arcade, a mall adjacent to Bourke Street, told The New Daily people were terrified.

“We heard a loud bang and then people screaming. I heard the car driving down Bourke Street Mall. Then we looked out and saw a red car with two police cars chasing.

“Once people heard the bang they all started running through Royal Arcade and through Bourke Street Mall.”

Buildings nearby the incident were in lockdown. A nearby office employee, who works in 570 Bourke Street, said her floor was in lockdown after the emergency alarm went off, with security telling employees to stay on their floor and keep away from windows.

At 1.45pm an announcement over the loudspeakers inside the store was advising shoppers that they were “shutting the front doors” where there was no access.

A teenage witness told The New Daily she had to scramble into a Swanston Street shop to avoid being hit.

“The car was speeding along the tram tracks, going really fast, and then it just swerved onto the footpath and people were diving everywhere to avoid being hit,” she said.

“I saw this father scramble to push his kid out of the way, otherwise the kid would’ve been run over.

“Then the police cars drove through and everyone was just in shock, kind of not believing what had happened, and just checking to see if everyone was alright, or if anyone had been hit.”