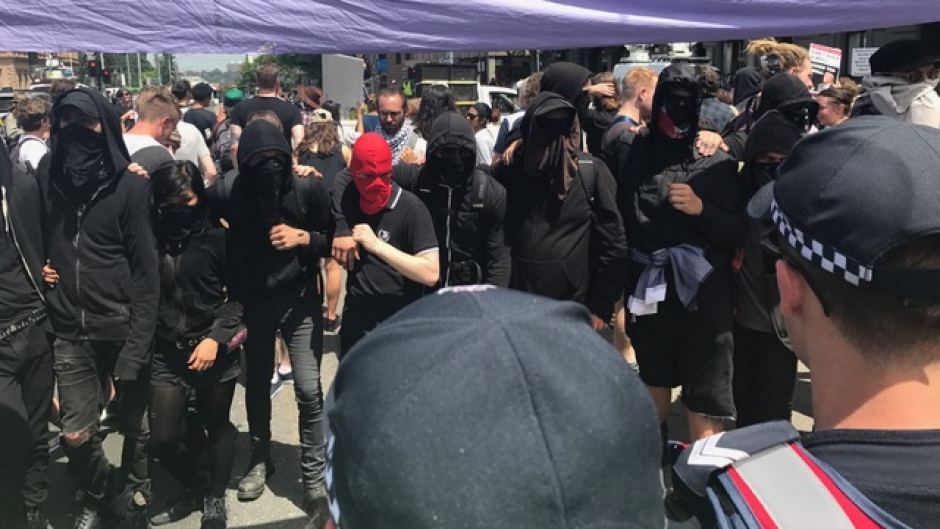 Protesters covered their faces as they stood in front of police. Photo: ABC

Riot squad police have been brought in to maintain law and order as anti-racism and anti-immigration groups held counter rallies at the Victorian Parliament in Melbourne.

Mounted police were also on hand to keep the peace while the riot squad formed a protective line around the Imperial Hotel as other officers worked to keep the steps of Parliament clear.

Roads around the area were closed and members of the public watched on as the protesters marched near Parliament.

In one of the few altercations, a demonstrator shoved a camera into the face of media photographer Julian Smith, leaving him with a bloody cut.

He was able to point the man out to police, who arrested him. 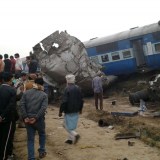 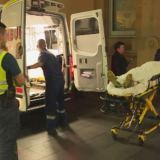 Officers said the protestor would be charged on summons with unlawful assault.

Members of the United Patriots Front carried a Donald Trump banner, congratulating the US President-elect on his victory.

The Governor of the American state of Virginia, Terry McAuliffe, who was in Melbourne to sign a cyber-security pact, said it was great to see what he called “voter expression”.

“I think it’s great people get out and protest as long as its in a non-violent way,” he said.

Police said protesters were allowed to express their views peacefully but they would not “tolerate people breaking the law”.