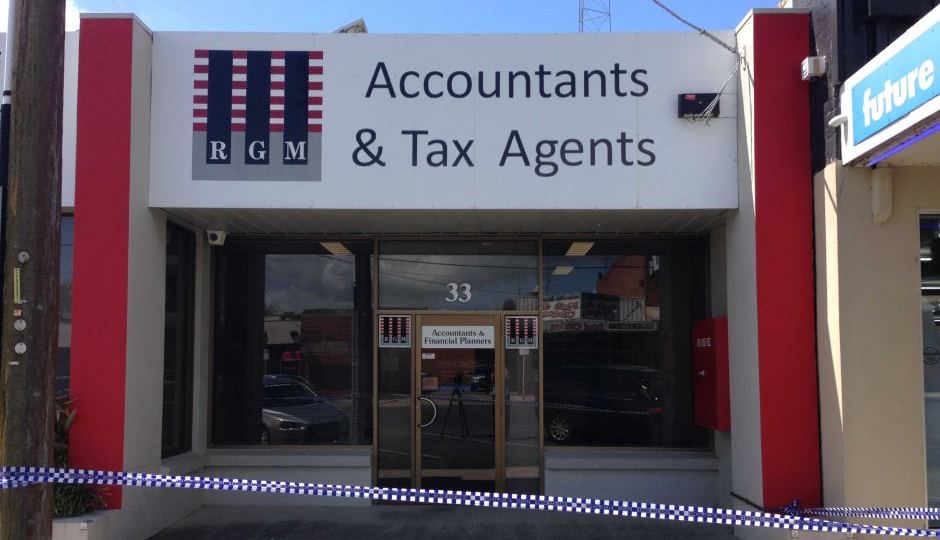 About 15 people were in the office when the attack happened. Photo: ABC

A man who took his life after stabbing two work colleagues at an accountancy firm at Moe, in Victoria’s east, was an “exemplary” father, who doted on his two children, according to a close friend.

The friend who spoke to Fairfax Media, but declined to be named, described Carl Richardson, 48, as a “down-to-earth lovely bloke” and had shown no animosity toward his colleagues at accountancy firm RGM Accountants.

Police believed Mr Richardson, from Newborough, was disgruntled when he went to work at RGM Accountants on Kirk Street and stabbed two colleagues about 9am before driving back to Newborough, on the outskirts of Moe.

He was later found dead.

One of the injured men was Pearse Morgan, a Racing Victoria director. 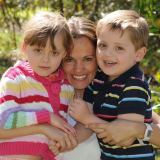 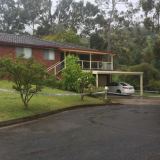 He was expected to undergo surgery at Latrobe Regional Hospital and has non-life-threatening injuries, according to a statement from Racing Victoria.

The other victim had life-threatening injuries and was airlifted to Melbourne.

Police said both were expected to survive.

About 15 people were in the office at the time and one managed to run to a nearby petrol station to raise the alarm.

Inspector Dean Thomas said it was too early to say what the motivation for the attack was.

“It’s really out of left field,” he said.

“It was something I believe to have been out of character, it wasn’t expected,” he said.

“Everyone was extremely stressed, they were all taken by surprise.”

No history of past threats: Police

“So once all of that’s done we’ll be in a better position to comment as to the motive.

Inspector Thomas said he was not aware of any previous threats or altercations at the firm.

Nearby primary school goes into lockdown

Albert Street Primary School is opposite the business where the two men were stabbed.

Principal Monique Osborne said a parent volunteer alerted them to the incident about 9:15am.

“We went into our student safety procedures and that involved locking the buildings and locking the gates to ensure that the kids were safe,” Dr Osborne said.

“That happened just as school had started so the children were inside for the first hour and a half of their learning time.

“It was about 10.20am when we were given the call by the police and from regional office across the road that we could let the children outside.”

Dr Osborne said one classroom looked directly out on the Kirk Street business.

“The teacher kept the kids calm and really went on with what they needed to do,” she said.