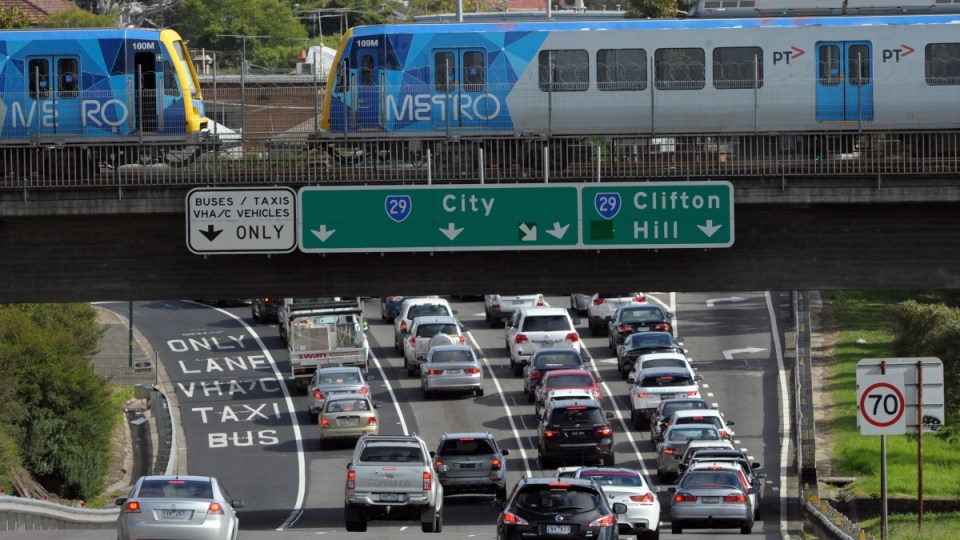 A well constructed congestion tax would blow away the cost of adding new roads to the network, the report says. Photo: AAP

Infrastructure Victoria has released its draft strategy for the next three decades, making 134 recommendations totalling about $100 billion.

The report names the North East Link, joining the Metropolitan Ring Road to East Link, and a rail line to Melbourne Airport as priority projects for completion within the next 15 years.

It estimated the cost of a North East Link at between $5 billion and $10 billion, finding it represented greater public benefit than the dumped East West Link.

However, the report urged governments not to rule out an east-west link, connecting City Link to the Eastern Freeway, entirely.

“We still think there is a likelihood this project will be needed over the long term, but sequenced after better-performing projects,” the draft strategy said. 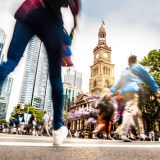 ‘All roads should be toll roads’

“The focus for now should be on making sure the option is not precluded.”

Infrastructure Victoria chief executive Michel Masson refused to be drawn on whether the Andrews Government had made a mistake in tearing up the contracts for the planned road link.

“The past is in the past, and our role is to concentrate on the next 30 years,” he said.

Congestion tax to force Victorians to think about travel

The draft strategy called for the introduction of a congestion tax, saying a well-designed pricing scheme would blow away the cost of adding new roads to the network.

Infrastructure Victoria is doing more research on transport pricing, and will release findings by the end of the year.

Mr Masson said charging for road use would encourage road users to think before they travelled, and 20 per cent of trips during the morning peak hour were not related to work or education.

“If you took 5 per cent of those trips off the road, we would feel the same improvement that you experience during the school holidays,” he said.

Mr Masson said the strategy also took into account the possibilities of driverless cars, and the impact they could have on transport networks.

The 30-year strategy goes beyond transport projects to consider the needs of education, social services, and planning issues.

It calls for denser development in areas where infrastructure is already well established, such as the south and eastern suburbs.

Mr Masson said previous governments had let the state down on affordable housing, and a population the size of Ballarat was at risk of housing stress.

He said the issue could be addressed in multiple ways, from requiring new developments to provide affordable housing, through to offering subsidies for private rentals.

The draft strategy is open for public comment until the end of the month.

A final document will be tabled to State Parliament at the end of the year, and the State Government must then respond with an infrastructure plan for the next five years.