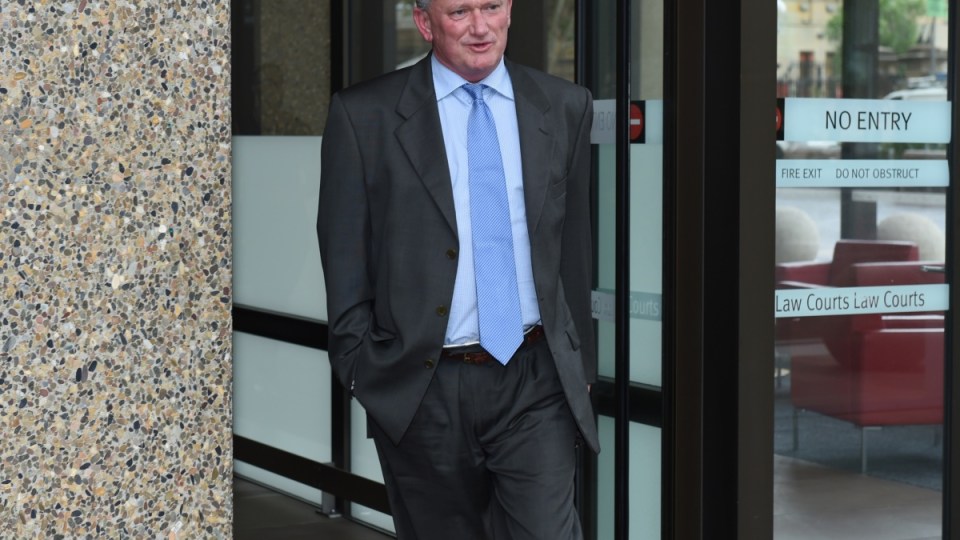 Dank has a life ban from the AFL anti-doping tribunal. Photo: AAP

Dank was released from hospital after he was wounded in what appeared to be a drive-by shooting.

The 52-year-old suffered a graze across his nose and a black eye when shots were fired into his Ascot Vale home around 2.20am on Saturday. Victoria Police said six shots were fired at the front of the house.

“I have my suspicions”

“I want to thank people for their concern following this morning’s shooting at my home,” Dank said in a statement to Fairfax following the incident.

“Fortunately, I am OK. I have my suspicions as to why this happened. I will say I will not be silenced or bullied and will continue in my attempt to put the truth out there.”

Photos from the crime scene suggest at least three bullets were fired into Dank’s house, shattering one of the windows.

One other person who was in the house at the time, believed to be Dank’s wife, escaped without injury.

Police inquiries are continuing as to who carried out the attack and whether there may be any links to Dank’s involvement in the drugs in sport issue.

ABC News Radio contacted Dank, who said he was advised by police not to do a formal interview to avoid hampering their investigations.

The Age reported anonymous sources saying Dank had angered a lot of people with his conduct.

“Dank has a serious image problem. He’s decimated two sporting codes, he’s caught up in all kind of financial disputes and he’s pissed off some (underworld figures) for other reasons,” an unnamed source told The Age.

Serious crime response team detectives were at Dank’s house for the majority of the day.

One bullet shattered an upstairs window of the property, pierced a blind and struck an internal wall above a door.

No arrests have been made and investigators believe only one gunman was involved.

A neighbour told reporters he didn’t see or hear anything.

“We have got dogs that would go off at the slightest noise. They didn’t go off last night so whatever happened was pretty quiet,” said Dean, who declined to give his surname.

He described Dank as a neighbour “who kept to himself”.

Dank has cancelled an appearance at the South Bendigo Football and Netball Club on Saturday.

“Something has happened today in Melbourne that he has to focus on so he has decided he is better off staying at home with family and friends,” club president Rick Townsend told the Bendigo Advertiser.

“He was very apologetic.”

Who is Stephen Dank?

Dank is currently appealing a lifetime ban from all sport for his involvement in Essendon’s links to performance enhancing drugs.

In January, the Court of Arbitration for Sport said Dank texted a compound pharmacist in August 2012 about testing Essendon players with a new protein being used for racehorses, and said Dank asked former Essendon coach James Hird for help hiding the injection regime from the media.

The biochemist was also tied to the NRL supplements scandal at the Cronulla Sharks that resulted in coach Shane Flanagan being banned for 12 months, and 12 current and past players being given backdated 12-month suspensions.

The NRL said in 2014 Dank would not be allowed any further involvement in the game, but he has denied any wrongdoing in his work with NRL or AFL players.

Most recently, Dank claimed he supplied former Gold Coast Suns star Nathan Bock with a prohibited peptide after Bock was cleared of doping by the Australian Anti-Doping Authority (ASADA).

‘Fortunately I am OK’: Stephen Dank in shooting