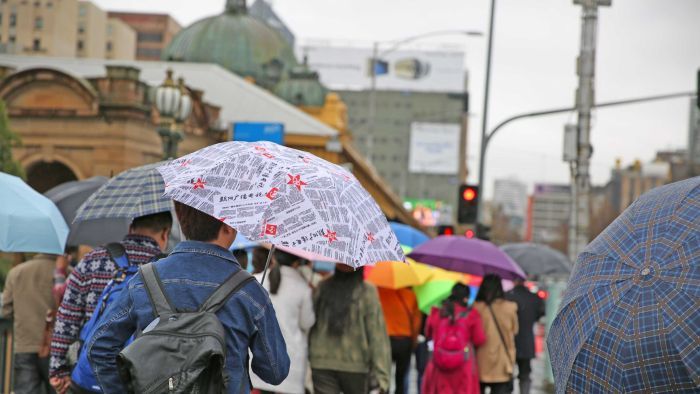 Wind gusts of up to 120kp/h are predicted for the Alpine Region. Photo: AAP

Wind gusts of up to 85kp/h were recorded in Melbourne through Thursday night, and more strong winds are predicted later on Friday.

Strong winds of up to 100kp/h have been predicted for parts of those areas.

Wind gusts up to 120kp/h have also been forecast for the Alpine region.

The BoM also said heavy rain in parts of the North Central and North East districts could cause flash flooding.

“Take this opportunity if you can to secure any loose objects, the winds are still expected to be around a little longer today as they do push outside to the east of the state.”

More cold weather on the way

BoM senior forecaster Richard Carlyon said a strong cold front moving in from the west would bring some cooler air across the state, with the cold, wet weather likely to continue.

“We’ve had some heavy rain in eastern Victoria, particularly up in the Alps with falls up to 60mm,” he said.

“The wind’s been strong-to-gale force from the west to north-west, that’s eased a little but will restrengthen again today.

“This colder weather is not just a one–day wonder, we’re likely to have subsequent fronts through the weekend and early next week to keep the cold, wet and windy conditions continuing.”

Showers have been forecast in Melbourne this afternoon with a chance of a thunderstorm.

State Emergency Services duty officer Andrew Feagan said there had been more than 100 calls for help from across the state overnight.

Most of those were for fallen trees and leaky roofs.

“We’ve seen some bigger winds, Mount Buller’s had wind gusts of up to 115 kilometres per hour, Mount Gellibrand had winds of 92kph and Fawkner Beacon’s had winds of 85kph,” he said.

“There’s been a good band of rain that’s travelled across the state.”