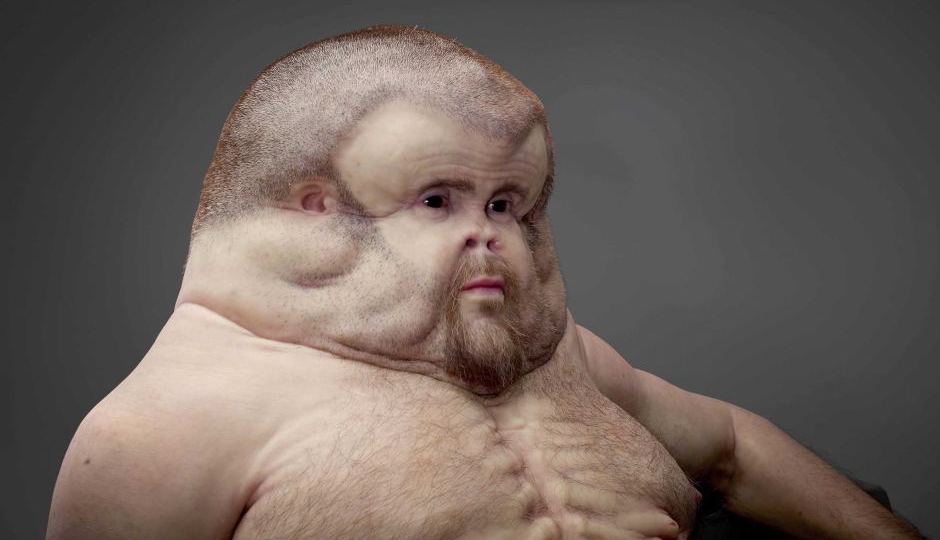 Graham is designed to highlight human vulnerability on the road. Photo: TAC

Victoria’s latest road safety campaign has a new face and it is sure to be one most people will not forget in a hurry.

An unusual human sculpture, named Graham, has been created by renowned Melbourne artist Patricia Piccinini in collaboration with a leading trauma surgeon and crash investigation expert.

Humans would have to look something like Graham in order to survive a crash, according to the Transport Accident Commission (TAC).

Graham has a large thick skull, is lacking a neck, and has sacks of air on his chest to act like car airbags.

“I really listened and internalised the science of it and then I approached it in a creative way, on an emotional level,” she said.

“The eyes are where the work is, it’s where the viewer can really connect with him and empathise.”

Piccinini was also behind the controversial Skywhale hot air balloon which took flight in 2013 to mark Canberra’s centenary.

The TAC said the campaign was different from its usual campaigns and was designed to highlight human vulnerability on the road.

“Our vulnerabilities are at the heart of everything that we do in road safety – how do we protect ourselves on our roads,” TAC chief executive officer Joe Calafiore said.

“One of the real injuries that we have as humans in a high-speed car crash is a neck injury, a cervical spine fracture or dislocation of the ligaments as the head flexes forward and then hyper-extends back,” he said.

“The head is quite heavy and at rest we all have the neck muscles to hold the head upright and move it as we need to.

“But in a car crash we don’t have the strength to stop that whip lashing injury that is so sudden and so forceful that it often causes catastrophic effects.”

As part of the campaign an online interactive educational tool has also been developed where users can look under Graham’s skin and understand the workings of his body.

Graham will be on display at the State Library of Victoria until August 8.