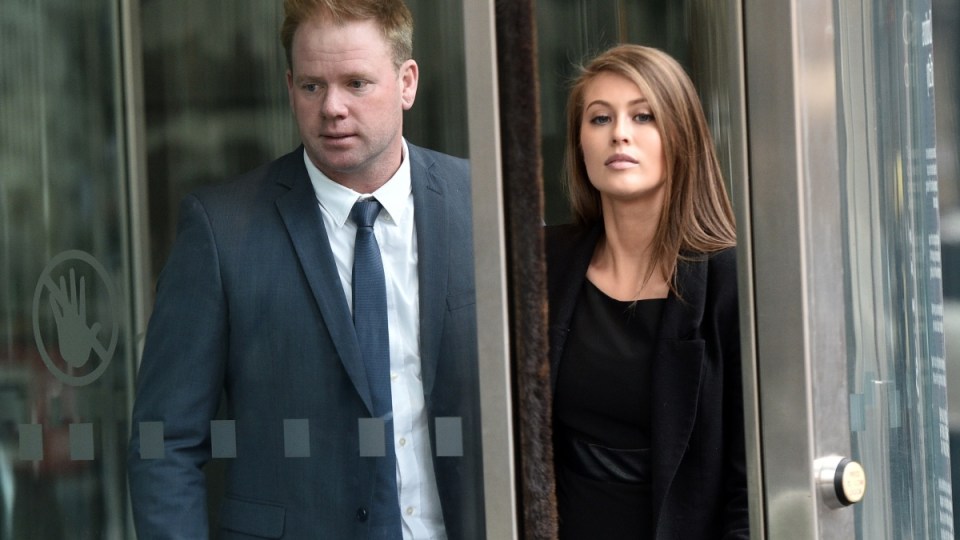 Former AFL player Nick Stevens has had his original eight-month jail term for assaulting his ex-girlfriend cut to three months behind bars.

The former Carlton midfielder was jailed immediately for three months, with a further three months suspended, for violence against his former partner.

County Court judge Damien Murphy said Stevens had denied his offending over the 2013 incidents up until Tuesday – some 14 months later – when he decided to plead guilty following an appeal.

“Your conduct is to be abhorred,” the judge said on Thursday.

Stevens was originally sentenced by a magistrate last year to serve eight months jail on 12 charges of abuse.

He was also given a 12-month community corrections order that included 90 hours of community service and fined $400.

But in a deal with prosecutors, Stevens abandoned an appeal this week and decided to plead guilty to two counts of intentionally causing injury. A remaining 10 charges were scrapped.

The assaults came after the woman, with whom he was in a relationship for 15 months, accused Stevens of infidelity.

During the incidents, he put her head against a bench and a splashback, hard enough for her to scar.

When she fell to the ground, he also kicked her several times and said he would “beat her to within an inch of her life”.

Prosecutor Daryl Brown detailed two dozen abusive and manipulative text messages Stevens also sent to his ex-girlfriend, threatening violence against himself, her and her family.

Among them, were: “I hope I die tonight, you f***ing bitch” and comments about how his lawyers would ruin her reputation by making her out to be a “crack whore”.

In sentencing, Judge Murphy said the courts must show domestic violence is unacceptable.

“Reading the newspapers, one can easily get the impression there is a spate of domestic violence in our community,” he said.

“The courts have a part to play in seeking to reduce its incidence.”

In a statement read by prosecutor Daryl Brown, the victim described how the abuse had ruined her life.

“I feel damaged and broken,” she said, adding a scar on her cheek was a constant reminder.

“I’m reminded of having my head pushed into the wall and all the other assaults I endured.”

The defence argued against a jail term, saying Stevens had suffered public humiliation due to media attention around his case. It had also dashed his hopes of becoming an AFL coach.

Judge Murphy jailed Stevens for six months, with three of those months suspended for 12 months. He was also fined $3000.

He took into account his lack of criminal history, work ethic, community involvement and the delay in the case.