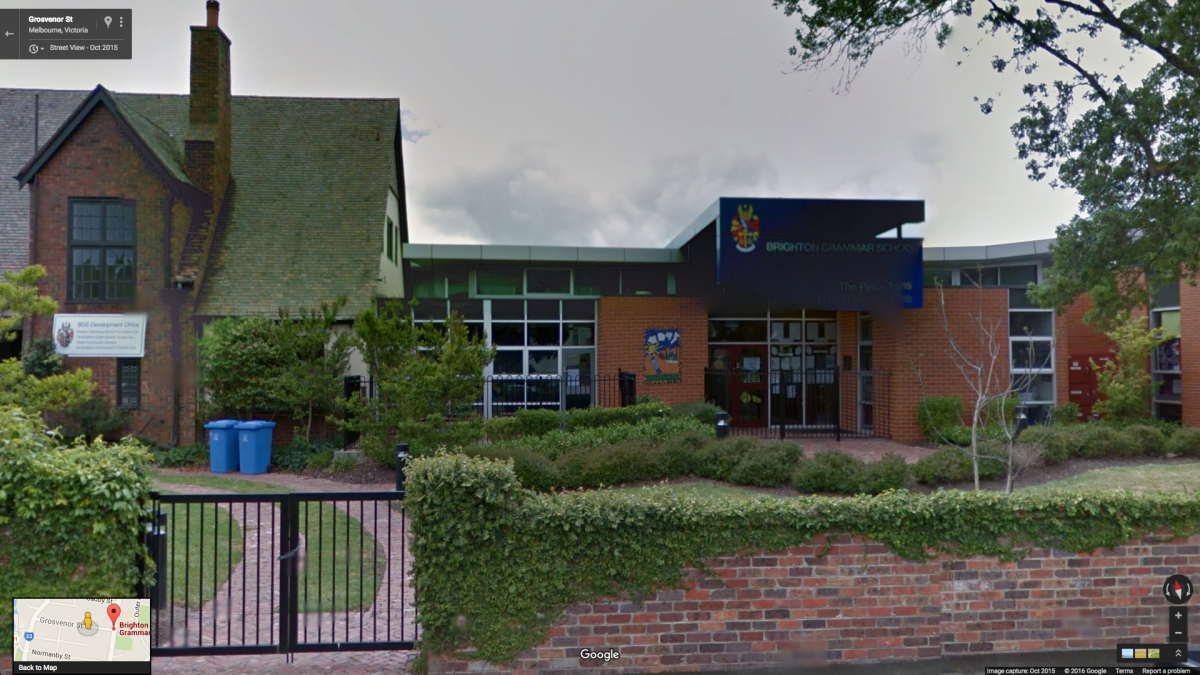 Two senior students have been suspended from an elite Melbourne boys’ school after they used social media to shame young girls.
Two Year 11 Brighton Grammar students used a Instagram account to post pictures of young girls and encouraged followers to vote on the “slut of the year”.

One photo reportedly showed a schoolgirl wearing a bikini and a white singlet top alongside a caption describing sex acts she would perform on boys.

Brighton Grammar School said in a statement on Monday that the pair had been suspended and a final decision on their enrolment status would be decided after the conclusion of investigations by the school.

Headmaster Ross Featherston described their actions as “disgraceful” and “unacceptable”.

“Disrespectful behaviour on any social media site is simply unacceptable and will not be tolerated,” Mr Featherston said in a statement on Monday.

He has spoken to the girls’ families and will continue to offer support to them.
Police on Monday confirmed a they had received a report about inappropriate content of an Instagram account originating in the Bayside area on Saturday.

“The matter is being investigated by local detectives and as the investigation is ongoing, it would be inappropriate to comment further,” Victoria Police spokeswoman Anthoula Moutis said.