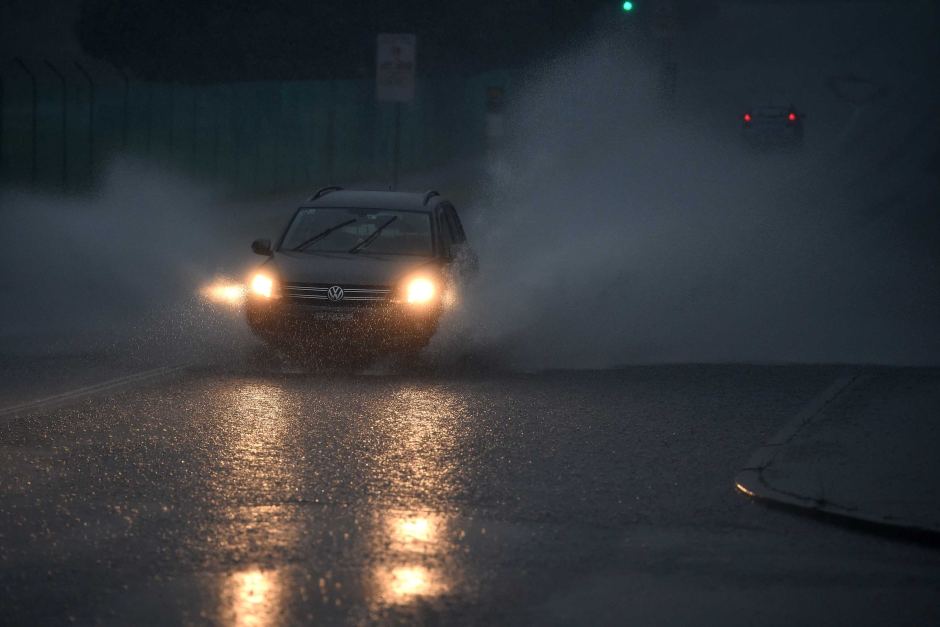 Residents in Victoria’s east are on alert as high winds and heavy rain move across the east coast from Queensland and New South Wales.

A severe weather warning is in place for people in West, South and East Gippsland forecast districts, including for flash flooding.

Between 50-100 millimetres of rainfall has been predicted by the weather bureau for much of the area, while some parts could receive up to 150mm.

The deepening low pressure system off the coast will reach peak intensity over eastern Bass Strait, before moving over the Tasman Sea on Tuesday morning, the Bureau of Meteorology said.

Damaging 60-kilometre-per-hour winds, with peak gusts of 100 kilometres per hour, were also forecast to sweep through East Gippsland.

Forecaster Keris Arndt said the rain had been “slow and steady” all morning before picking up in the afternoon, but would ease off overnight.

“The system is … bringing quite a bit of rainfall to the Gippsland coast and inland Gippsland, especially the southern slopes,” he said.

“We still have the severe weather warning out for heavy rainfall and associated flash flooding for Gippsland, as well as some damaging wind gust.

“It’s not too unusual [for this time of year]. We get a few east coast lows that come down from the north every year, bringing heavy rainfall to that side of the state.

“There’s a few showers hanging over Melbourne and northern parts of the state as well.”

The warnings come after parts of Queensland copped a drenching on Sunday, with more than 100mm falling over some areas, and winds described as a “mini tornado” tore roofs from properties on the Sunshine Coast.