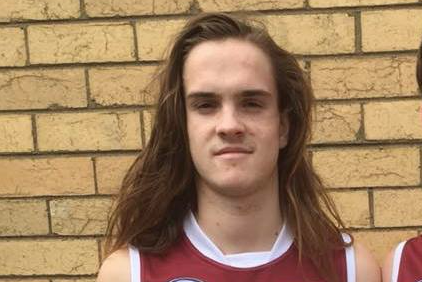 A man charged with the one-punch murder of a 19-year-old who was fatally injured outside a Melbourne bar has been granted bail.

Andrew William Lee, 33, is accused of throwing the punch that caused Patrick Cronin’s death following a fight outside a bar in Diamond Creek in April.

Lee’s parents have put up a $350,000 surety which has strict bail conditions attached, including not discussing the case with anyone but his parents and wife.

Police had opposed the application due to concerns he would interfere with witnesses as investigations continued.

A police informant told the court that some witnesses still had not given statements to police.

He said that some members of the Diamond Valley Football Club, where the Lee family was well know, had refused to cooperate with police and others were reluctant to do so.

Police have alleged Lee fatally injured the Eltham footballer during a large brawl that involved about 30 people.

Mr Cronin suffered significant head injuries in the pub fight but managed to get to his friend’s house before his condition deteriorated and he was taken to hospital.

Police said the teen was “acting as a mediator” when he was punched.

Lee did not intend to hit Cronin, defence says

A defence lawyer told the court that Lee was not intending to punch Mr Cronin that night, but he was instead aiming for Cronin’s friend who was punching another two men.

The court heard Lee had very stable accommodation and employment, that he could go back to his job if he was granted bail while he awaited a committal hearing.

A large group of Lee’s supporters were at the hearing and the court was told he is the sole breadwinner for his family, with an eight-month-old baby.

Outside court, Mr Cronin’s father Matt said the family was grieving their son.

“We have grave concerns about what happened inside this court today,” he said.

“Everything that Patrick has done in his life he’s done with determination, courage fairness and love. And it it just so unfair what has happened to him.”

“We are grieving like you wouldn’t know. It’s been the hardest eight weeks of our lives.”