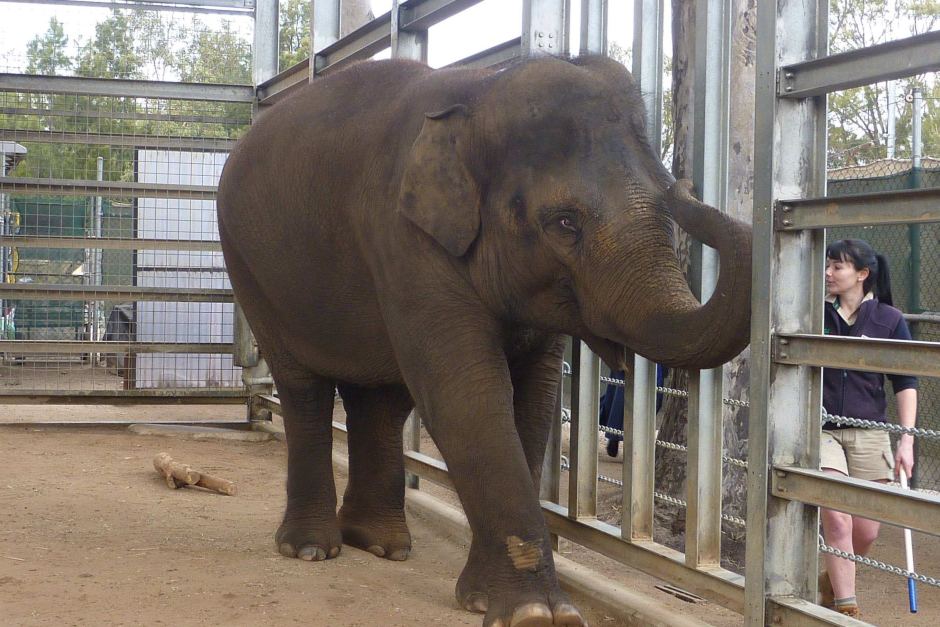 Vets are hopeful they can save a newborn elephant that cannot stand because of a rare condition.

The 103kg calf born at Melbourne Zoo on Wednesday has a carpal condition on her front legs that prevents her from straightening her wrists and bearing her own weight.

The baby has been separated from her mother, Num-Oi, and is being bottle-fed while she is treated.

“We’ve put casts on both the front legs of this little calf,” head veterinarian Michael Lynch told reporters on Thursday.

“Our aim is that we can correct this condition and get her back with her mum as soon as possible because that’s really her only chance of long term success as we see it now.”

Bottle-feeding is not ideal as it’s difficult to milk the mother, and baby elephant formula can cause digestive problems.

The vet says he’s never heard of the carpal condition in elephants before, although it’s known in horses.

The condition was not detected in Num-Oi’s 22-month pregnancy, which was otherwise uncomplicated.

“We believe the cause of the condition is just bad luck,” Dr Lynch said.

While the chances of recovery in horses is positive, the vet says the elephant calf has particularly severe flexure and it’s unknown how effective treatments are for elephants.

“We’re hoping within two weeks we would get a resolution to the issue.

“That’s our best guess at this stage.”

Dr Lynch said the baby elephant is not in pain, but it is hard for Num-Oi to be separated from her calf.

If her condition doesn’t improve after two weeks in the casts, surgical correction could be an option if the elephant’s health permits it, he said.