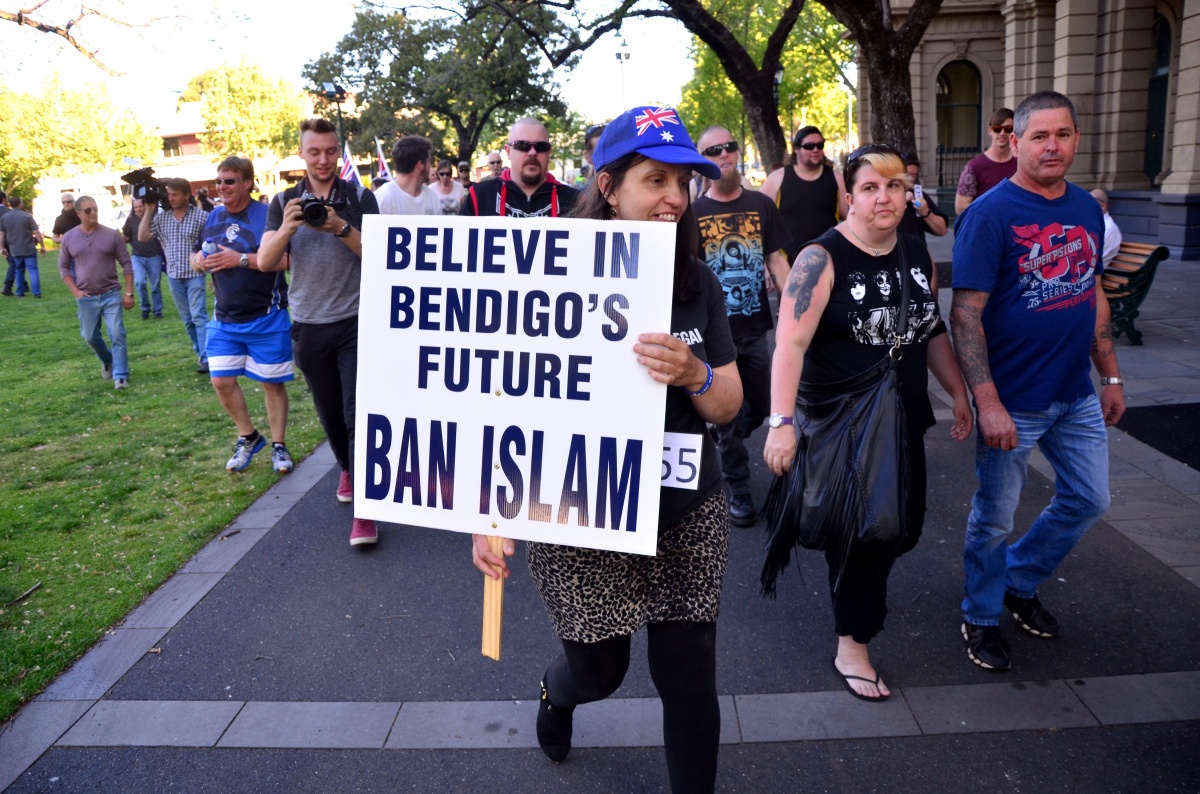 The High Court has thrown out a request to hear an appeal by opponents of Bendigo’s first mosque.

Two Bendigo residents have been fighting the planned mosque, arguing the Bendigo City Council failed in their legal obligations to fully consider the social effect of the mosque.

The pair took the matter to the High Court after their challenge was dismissed first by the Victorian Civil and Administrative Tribunal (VCAT) and then the State Court of Appeal.

There were large protests in Bendigo over the plan last year, with opposing groups facing off against each other.

The Australian Islamic Mission applied in November 2013 to the Greater Bendigo City Council for the planning permit to build the mosque on Rowena Street at East Bendigo.

It was first approved by the council in June 2014 and a series of appeals have since been launched.

Debate around the mosque led to controversy and some divisions within the town and large protests were held in the centre of Bendigo in October last year.

The objectors said they have spent more than $200,000 on the legal process.

Premier Daniel Andrews said the majority of Victorians believe that multiculturalism is our “greatest strength”.

“I welcome the fact that Bendigo can have places of worship for people of all faiths to come together in celebration of the brilliant diversity that marks us out, not just as a place that tolerates diversity and multiculturalism, we celebrate it.

“We’re much, much stronger because of that.”

Mayor of Bendigo Rod Fyffe said the court decision had vindicated the work of the council.

“We’re very pleased that it’s come down in favour of the fact that the mosque can go ahead and we have been exonerated in following all of the procedures as set out by Victorian law,” he said.

It really has been a long process, a difficult process, and I pay tribute to the council who has stood by the decision they made.

“I think that today’s decision just says to them, ‘you’ve done it right, congratulations.'”

Prue Mansfield, director of planning and development for the city of Bendigo, said there would always be differences of opinion.

“It’s how we respond and respect that, be that in the pub down the street, in the footy room or in our workplace,” she said.

“That way we’ll have a really strong and thriving community that’s welcoming for everyone and everyone feels at home and to be respectful in that way.”

Local community group Believe in Bendigo, led by local identity Margot Spalding, congratulated the High Court and in a Facebook post said it was time to celebrate the city for what it is, not what it had been portrayed as.

“The line has now been drawn and it is time to move on,” the Facebook post said.

“This decision is a landmark day in Bendigo’s history, but it is not the end of something, it is the start of something magnificent.

“We are a diverse, welcoming and inclusive community that celebrates the contribution every culture makes to Bendigo life.

“Whatever country you are from, whatever religion you practice and whatever culture you celebrate, you are welcome in Bendigo.”