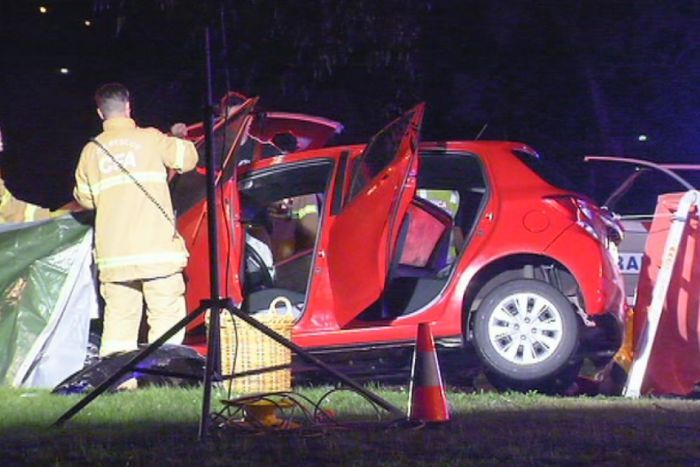 A car crash in Melbourne’s north-west that left two women dead was witnessed by one of the women’s daughters.

Police said a Mercedes and a red hatchback collided at Attwood on Sunday about 10pm.

Both female victims were in the hatchback.

Police believe the daughter of one of the women was following them in another car and watched the crash unfold.

“Our understanding is that family members of the deceased passengers from that little Toyota were following her car very close behind and have witnessed the death of their mother,” Detective Sergeant Mark Amos said.

“[It was] a tragedy I can’t get my head around.

“I don’t know how they are going to cope with seeing that event unfold right before their eyes … it’s something that I am sure will be burnt in their memory.”

The man driving the Mercedes was not injured. He was assisting police with their investigations.