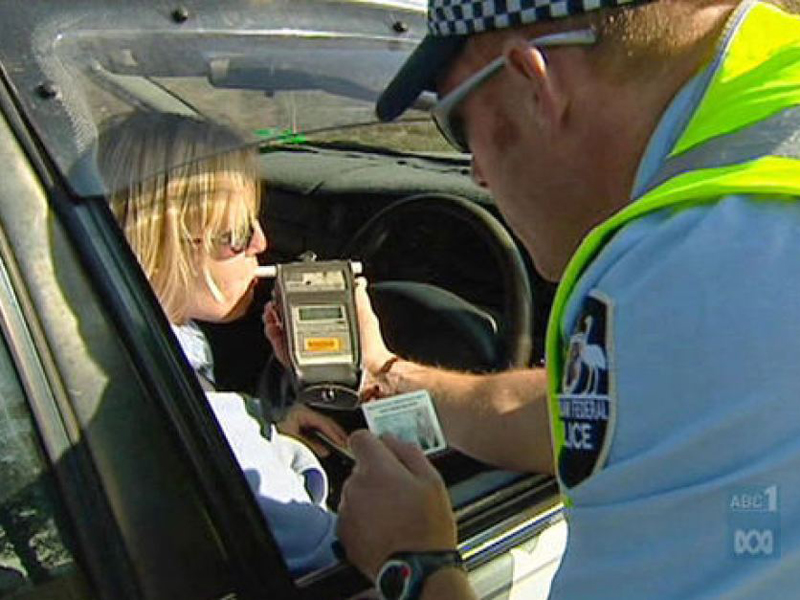 A radical plan requiring motorists to pass a breath test before they can leave the car parks of licensed venues in Victoria is being considered by the Transport Accident Commission.

The ‘alco-gates’, or alcohol detection units, would be fitted to car park boom gates, which would remain lowered until the driver recorded a breath test under the .05 limit.

The TAC’s Samantha Buckis said the idea had worked successfully in Sweden.

“When people get off the port at the ferry [in Sweden] they go through boom gates that they have to breathe into to check their BAC [blood alcohol concentration] levels, and if they’re OK to go they get sent through the boom gates,” Ms Buckis said.

“We’ll start off with one venue initially, just to see if it works in our context.

“It seems to be quite successful. It’s been very much a deterrence approach, so hoping that people don’t drink and drive.

“But they have also been able to intercept people who have [been over the limit] and prevent them from getting out onto the road which is fantastic, preventing road trauma.”

She said in Sweden police were on hand to assist those who failed the test to leave their car and make other transport arrangements.

“We’re still figuring out the logistics [for how it would work in Victoria], it will probably depend on the venue and what other transport options are available,” she said.

“It’s likely to be manned, even if it’s not policed, with people who could assist with moving cars out of the way.”

The idea was still in the planning stages and the trial would most likely take place in 2018, Ms Buckis said.