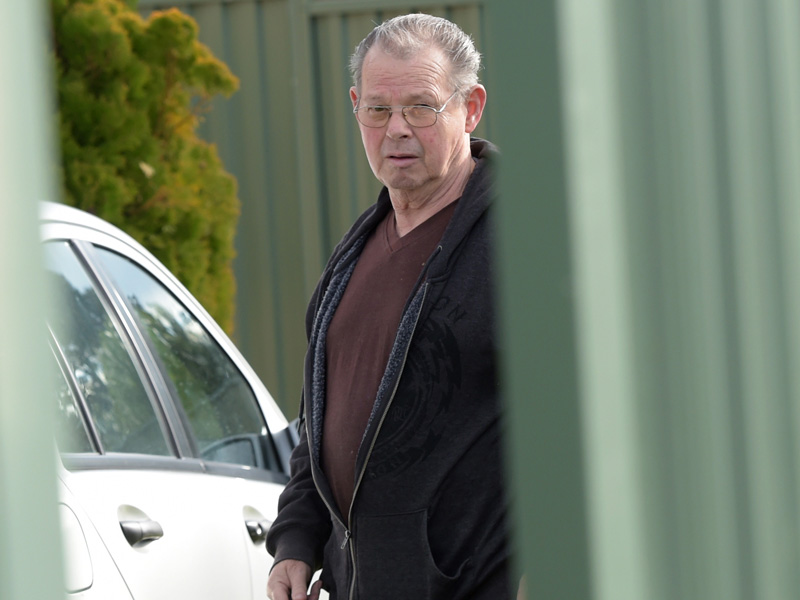 Williams, who was in his late 60s, suffered a heart attack at his Broadmeadows home overnight.

He was taken to hospital but died after another major cardiac arrest at 4:30am.

George and Carl Williams were charged with serious drugs offences as a result of a police raid in 1999 on George’s Broadmeadows property, where 30,000 pills with a street value of $20 million were found.

Those charges were later dropped with little explanation, but it was not long before the duo found themselves facing jail time together.

George was jailed for four-and-a-half-years in November 2007 after pleading guilty to teaming up with his son to smuggle almost five kilograms of amphetamines.

Carl was later sentenced to 35 years in jail for the murders of Lewis and Jason Moran, Mark Mallia and Michael Marshall, reuniting father and son in prison.

He struck a deal with police promising to provide information about the gangland crimes in Melbourne if a number of conditions were met, including a reduction in his father’s jail sentence and the settlement of his $740,000 tax debt.

In June 2009, George Williams was released on parole for good behaviour.

Before Carl could testify he was bludgeoned to death by fellow inmate Matthew Johnson at the maximum-security Acacia Unit in Barwon Prison in 2010.

In 2012, George Williams, Carl’s daughter Dhakota and former wife Roberta sued the state of Victoria for failing to protect Carl, because they should have been aware of the risk his killer posed and properly monitored the unit.

George and Roberta Williams later withdrew their claim for damages, but the government reached a settlement with Dhakota, who was aged nine when her father was killed.

George Williams then spent time in court fighting his tax debt, which the family claims Victoria Police had agreed to pay in return for Carl Williams’ cooperation.

Friends claim Williams had ‘left past behind him’

After the death of his son, Williams kept a low profile, but he was continually quizzed by police about his son’s criminal history and connections, including his knowledge of the murders of police informant Terence Hodson and his wife Christine.

In July last year his Broadmeadows house was shot at several times, but no one was injured.

At the time, Paul Devine, a neighbour and friend, said Williams had left his criminal past behind him.

But crime writer John Silvester, who wrote the book that inspired the Underbelly TV series, said George was a bigger player than he would ever admit.

“We always thought Carl ran the show, but George often pulled the strings,” he said.

“In fact, it was George who brokered the deal when Carl pleaded guilty to three murders. They were a father-and-son team.”

Williams’ estranged wife Barbara was found dead in her Essendon home in 2008 after an apparent deliberate drug overdose.