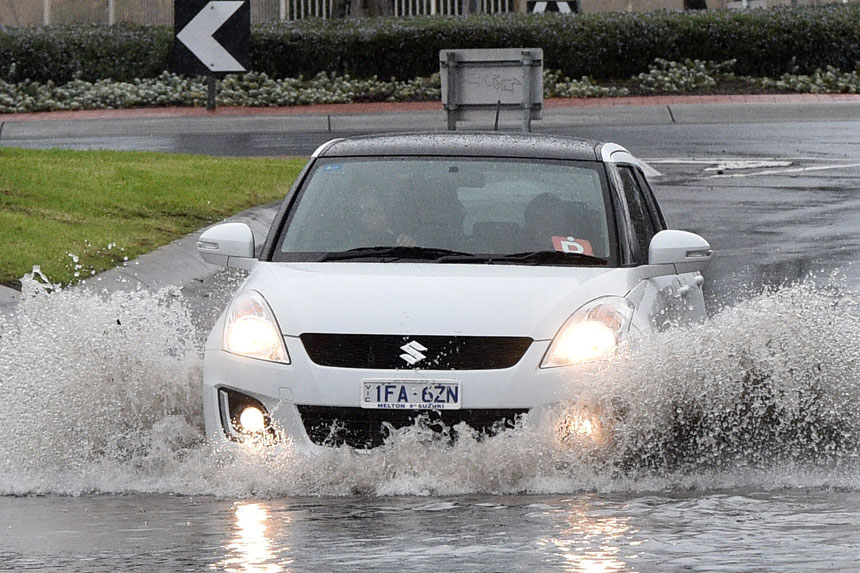 Parts of Victoria are bracing for more wild weather as a storm front pushes across Victoria from the west.

A severe weather warning has been issued for people in elevated areas near Melbourne and Geelong, as well as South Gippsland, East Gippsland and the state’s west.

Wind gusts of 122 kilometres per hour were recorded at Mount Hotham, in the state’s Alpine region, shortly after midnight.

Gusts of 107kph were also recorded at Wilsons Promontory about 3:00am.

The warning comes after an intense band of rain swept across Victoria on Monday, bringing heavy rain and damaging winds.

About eight millimetres of rain fell in Melbourne in about 20 minutes on Monday morning.

Significant falls were also recorded in the parched west, with Stawell receiving 55mm and Ararat 40mm.