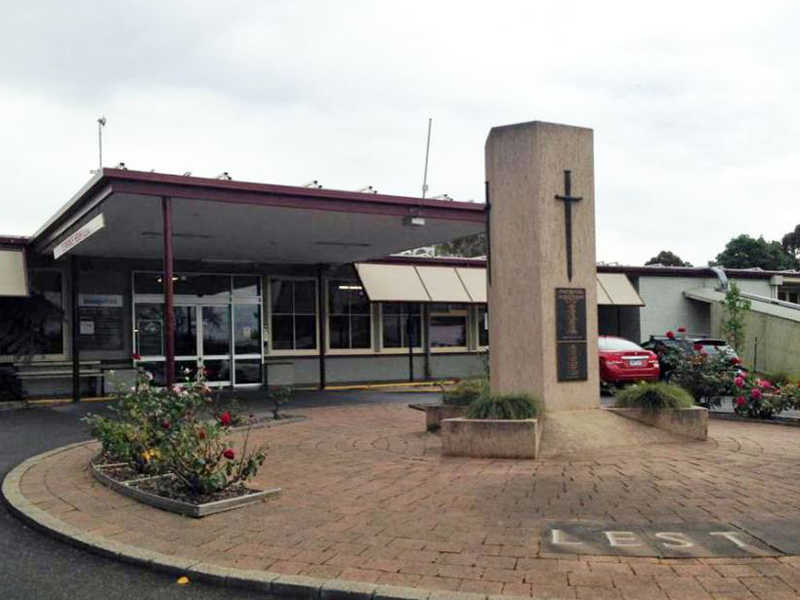 A new review into the stillborn crisis at Melbourne’s Bacchus Marsh hospital has uncovered that a further seven babies have died – bringing the total number of deaths at the maternity unit to 18.

ABC’s 7.30 revealed that a “look-back” by Professor Euan Wallace had uncovered the seven other deaths dating back to 2003.

The 7.30 investigation had also discovered that three of the hospital’s doctors were the subject of notifications to the medical regulator, Australian Health Practitioner Regulation Agency (AHPRA), and two of them had conditions and restrictions placed upon their registration while they were practising at Bacchus Marsh.

One of the Bacchus Marsh obstetricians, Dr Claude Calandra, had 15 writs against him for alleged medical negligence in 14 years.

Dr Calandra settled all of those cases. He did not deliver any of the stillborn babies discovered in the stillborn cluster of 2013-14, but some of the writs are for stillborn cases.

Three of the doctors who were involved delivering the 11 babies in the stillborn cluster are still working at Bacchus Marsh Hospital and one was notified to AHPRA because of her role in a birth where a baby died and the mother’s subsequent care.

Mother speaks for the first time

‘Jacinta’ is one of the mothers of the seven babies whose deaths that have now been discovered in Professor Wallace’s look-back. Her baby Ruby died in 2009.

Defective use of foetal heart monitoring has been a key concern of the review into what went wrong at Bacchus Marsh and Jacinta, who cannot be named for legal reasons, alleges that is part of what went wrong in her case.

The young mother knew, as she had another child, that something was wrong with her pregnancy, but Bacchus Marsh did not detect it.

“(My baby) didn’t move. She barely moved – I just knew straight away that something was not right,” Jacinta recalled.

“And every time I did, I was told not to worry about it.”

Bacchus Marsh Hospital did not detect she had a condition called Intrauterine Growth Restriction, which stopped her uterus from growing enough to accommodate her baby. She suffered from the same condition with her next baby, and it was picked up by another hospital.

Jacinta went back to the hospital twice to have her baby’s heart monitored, but said staff only left the monitor on for 10 minutes. By contrast, the Royal Women’s Hospital would leave the monitor on her for more than an hour.

She was told on one occasion to have a vegemite sandwich and a can of Coke to wake her baby.

When she came back to Bacchus Marsh Hospital two days after her last monitoring session, they discovered baby Ruby was dead.

A distraught Jacinta was asked to pack her bags and drive to Ballarat Hospital 56 kilometres away to deliver the child. Bacchus Marsh did not have the capability or expertise to do it.

“It was one of the most painful, gut-wrenching things I’ve ever been through in my life. ”

Michael Tudball, who was chair of the hospital’s board until July 2015, said the foetal monitoring equipment was 25 years old and the hospital had repeatedly asked for funding to upgrade the equipment.

“We were operating with old equipment in an old hospital – it’s over 55 years old that hospital – and there’s been no capital investment by any government, at any level, by any colour, in that time.”

What rang alarm bells during the analysis of the 2013-14 stillborn cluster was that five of the seven babies died at full term, during labour.

That is rare in obstetrics – the rate is usually one in thousands of births – and suggested human error.

Head of Obstetrics at Western Health, Professor Glyn Teale, had seen one of the women who had been referred from Bacchus Marsh Hospital.

He was so disturbed by the woman’s condition he reported Dr Surinder Parhar, who at the time was Bacchus Marsh’s head of obstetrics, to the medical regulator AHPRA.

Dr Parhar resigned, and the hospital’s board and management were sacked, when the Victorian government discovered the first stillborn cluster.

But AHPRA failed to act on the notification for two years, prompting Victorian Health Minister Jill Hennessey to write a ‘please explain’ letter to the hospital.

In that time, babies continued to die in the unit run by Dr Parhar at Bacchus Marsh Hospital.

“Our client was devastated about the time that it took AHPRA to make its finding, because she questions and thinks about what could have been – all those other babies, all those other lives that could’ve been saved if the hospital had acted sooner or AHPRA had made its findings sooner.”

One of the obstetricians, Dr Calandra, worked at Bacchus Marsh and Werribee hospital, in Melbourne’s west, for years.

Anne Shortall, a plaintiff lawyer at Slater and Gordon, knows the Calandra name well: Dr Calandra had 15 writs over 14 years for cases of medical negligence including alleged gynaecological injuries and stillborn babies.

“It’s very unusual, there are very few doctors that would’ve have had that number of claims made against them over that period of time,” Ms Shortall said.

All of the cases were settled.

Patient complaints about Dr Calandra prompted AHPRA to place restrictions upon his registration for six months in 2012. But he continued to practice at both Werribee and Bacchus Marsh.

Dr Calandra is still working as a gynaecologist, but has recently given up obstetrics.

Dr Parhar said that he knew nothing of the writs issued against Dr Calandra. Neither did the former chair of the board, Michael Tudball.

When asked about his own role in the 2013-14 stillborn cluster, Dr Parhar told 7.30 he could not remember whether he was involved in any of those deliveries.