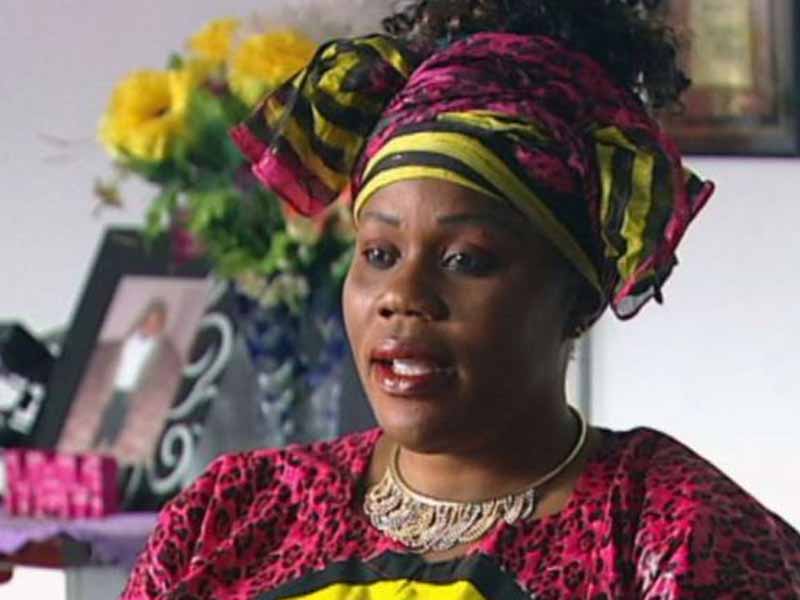 Melbourne woman Noela Rukundo sat outside her home, hidden in her car, and watched people solemnly exit her house.

Ms Rukundo was presumed dead after her husband organised to have her killed early in 2015, the ABC reported.

A few days before the funeral, Balenga Kalala hired hitmen in Burundi, Africa, and offered them almost $7000 to kidnap and murder her while she was attending her stepmother’s funeral because he thought she was cheating on him. She is the mother of his three children.

She was taken at gunpoint, but after the gunmen revealed her husband had arranged the hit, they also said they did not want to kill a woman. Ms Rukundo was then able to return to Australia, where she sat in her car as mourners left her funeral, waiting for the perfect moment to reveal herself.

When she spotted her husband of 10 years, who arrived in Australia in 2004 as a refugee, come out the front of the house she stepped out of the car.

“When I get out of the car, he saw me straight away. He put his hands on his head and said, ‘Is it my eyes? Is it a ghost?'” she told the BBC during an interview on Friday.

Ms Rukundo remembered how he touched her shoulder, jumped back and began to scream.

“I’m sorry for everything,” Kalala said.

But it was too late to hear apologies as she hastily called the police.

Kalala later pleaded guilty and was sentenced to nine years in prison for incitement to murder.

How the ordeal began

During the BBC interview, Ms Rukundo said it all started to unravel about 12 months ago when she flew from her home in Melbourne to attend her stepmother’s funeral in her birthplace, Burundi.

She said after the service she went to her hotel room in the capital city of Bujumbura, and went to bed. She was woken up by a phone call from her husband.

“He told me to go outside for fresh air,” she told the BBC.

As soon as Ms Rukundo walked outside her hotel room there was a gun pointed in her face.

“If you start screaming, I will shoot you. They’re going to catch me, but you? You will already be dead.”

Ms Rukundo was petrified and followed the instructions.

She was taken into a car and blindfolded. She was then driven to a building and tied to a chair.

One man spoke to her and said: “You woman, what did you do for this man to pay us to kill you?”

“What are you talking about?” Ms Rukundo replied.

“Balenga sent us to kill you.”

She told them they were lying but they only laughed at her.

To prove that her husband was indeed the person behind the plot, the kidnappers rang him on speaker phone.

What happened next saved her life

Ms Rukundo said the hitmen then explained to her that they had changed their minds and weren’t going to kill her.

She said they told her ‘they didn’t believe in killing women’ and they knew her brother.

They agreed they would keep her husband’s cash but tell him she had been killed.

They set her free after two days and gave her all the evidence she needed to nab him for the arranged murder, back in Australia.

“We just want you to go back, to tell other stupid women like you what happened,” Ms Rukundo said she was told before the men left.

She sought assistance from the Belgian and Kenyan embassies to return to her home in Melbourne.

She also got in contact with a pastor of her church in Melbourne and told him the story, she told the BBC.

The pastor then helped her get back home without Kalala’s knowledge.

While the cat is away the mice will play

When Ms Rukundo left to attend her stepmother’s funeral in Burundi, Kalala, of Kings Park, was at home looking after the couple’s three children and his partner’s five children from a previous relationship.

Thinking that the murder plot had been completed, he began to tell family and friends that his wife was killed in a tragic accident in Africa.

The African community rallied behind him, providing financial and spiritual support.

However, Ms Rukundo was very much alive.

According to the court, she arrived back in Melbourne on February 22, 2015 and faced Kalala at their Kings Park home and then phoned the police.

By September, Kalala pleaded guilty to one count of incitement to murder. Woman crashes own funeral after husband paid to kill her