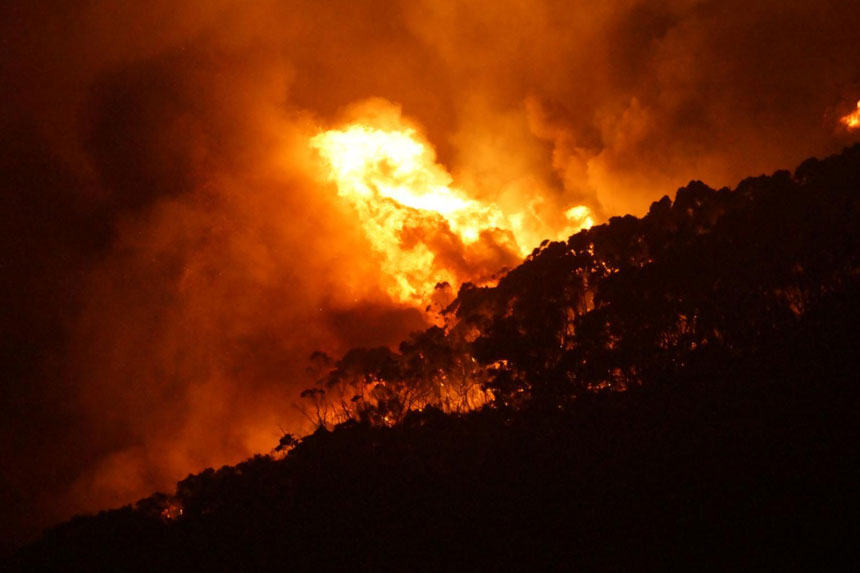 Mr Turnbull arrived at Wye River on Tuesday morning to assess the damage of a blaze that has claimed 116 homes and remains out of control.

He has met with Victorian Premier Daniel Andrews and joined local Liberal MP Sarah Henderson for a tour of the area.

Receiving a briefing on the volunteer effort from one CFA firefighter, Mr Turnbull said “well-honed organisation” had ensured that despite the damage, no lives were lost.

He was told about how community volunteers raided homes for food to serve to the firefighters on Christmas Day as they fought the fires, which destroyed 98 houses in Wye River and 18 in Separation Creek.

“That’s a huge loss, but no lives and that’s a tribute to you,” Mr Turnbull said.

Mr Turnbull was accompanied by his wife Lucy.

Fires continue to burn out of control in the region, and with temperatures set to rise, authorities are urging people to stay alert.

The Insurance Council of Australia estimates losses from the fires, at more than $50 million.

Residents who have lost homes are entitled to emergency payments from the State Government of up to $1,300.