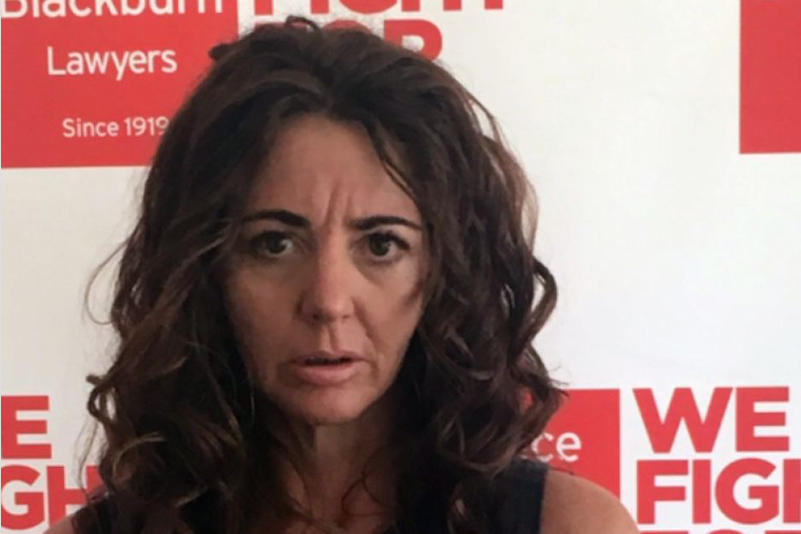 A female road construction worker subjected to assaults, sexual harassment, bullying and rape threats at a Melbourne workplace has won a $1.3 million payout.

Melbourne woman Kate Mathews sued Winslow Constructors for abuse, bullying and sexual harassment over the two years she worked there as a labourer.

The Victorian Supreme Court heard that between August 2008 to July 2010 fellow workers threatened her with rape, touched her inappropriately and mocked her about sex toys and sexual acts.

On one occasion a co-worker remarked: “Anything that bleeds once a month should be shot.”

Another told her: “I am going to follow you home, rip your clothes off and rape you.”

Kate Mathews said some workers grabbed her and pretended to perform sex acts on her, she was also slapped on the bottom, shown pornographic images, and asked “would you do this?”.

She said working at the company was “a filthy experience every day”.

She said when she went into the job she expected a bit of a macho culture, but not the appalling treatment she was subjected to.

“This was hardcore filth that I was getting,” she said.

“I tried to ignore them and just walk off, shaking my head.”

She was also commonly called “useless, spastic and bimbo”.

She said when she tried to report the abuse to her employers, nothing was done.

“They didn’t respond, that’s why I’m sitting here,” she said.

Her lawyer, Liberty Sanger, said Ms Mathews tried very hard to bring the behaviour to her employer’s attention, but her complaints were “laughed off”.

“There is a very strong message here for all employers which is that you must have a zero tolerance approach to bullying and sexual harassment in the workplace,” Ms Sanger said.

Ms Sanger said while the $1.36 million award was not quite a record, it was a very high payout for a sexual harassment case.

He agreed with medical advice that Ms Mathews was unlikely to ever work again.

Ms Mathews said she was not sure what the future held and she would now be focusing on trying to get better.

But she advised anyone who faced workplace harassment to take action.

“It’s never been about the money, it’s about being able to work wherever I wanted to and they’ve taken that away from me.”