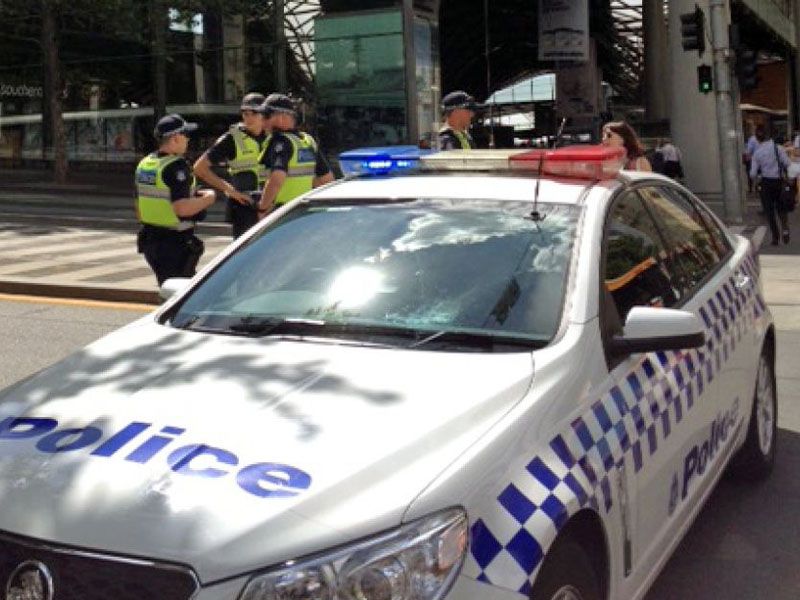 A pair of shoes brought Melbourne’s CBD to a halt on Tuesday when police attended to a “suspicious package” left behind near Southern Cross Station.

Victoria Police conducted a safety check outside the station at about 4pm on Collins Street, after someone reported a package at the location.

Police said they had not received any threats regarding the package.

The bomb squad was called in and inspected the bag marked with shoe label ‘Windsor Smith’ and found a box containing shoes.

“We are doing safety checks in Collins St near Southern Cross. Spencer St is closed from Bourke to Flinders. Please avoid the area,” Victoria Police posted on Twitter earlier.

According to Fairfax Media employees in the Media House building, where newspaper The Age is, on the corner of Collins and Spencer streets were told by police to evacuate the building at about 4.45pm.

Metro advised that all trains and trams were back on schedule – but with the incident running into peak hour, commuters would be delayed.

VicRoads also said that all roads had been re-opened to the public.

Bag of shoes that led to part of Melb CBD being shut down taken away by police. Shows how tense times are. pic.twitter.com/qu62qj1cWv