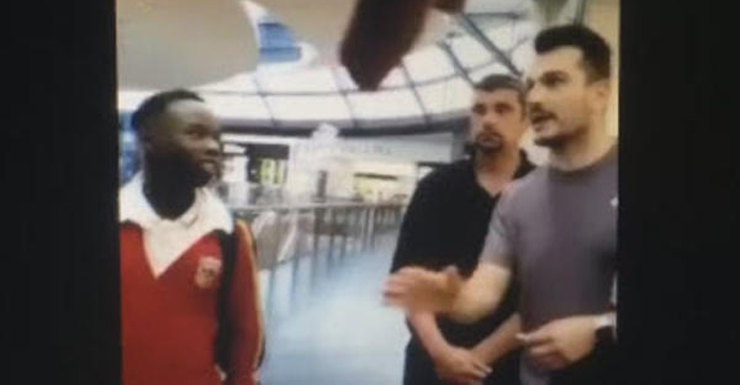 An Apple store in Melbourne has apologised for ejecting a group of African-born high school students for fear they were potential thieves.

Video of the incident, which occurred on Tuesday, prompted accusations of racism.

In the footage, two Apple staff tell the six Maribyrnong College schoolboys to leave the Highpoint outlet, citing concerns “about your presence in our store”.

“They’re just a bit worried you might steal something,” an employee said.

The Melbourne students protested, but the employee can be heard to interrupt, saying: “Guys, end of discussion. I need to ask you to leave our store.”

The store manager apologised to the teenagers, named as Petrie Alemu, Mabior Ater, Mihamed Semra, Ese Oseghale and Gereng Dere in the company of their school principal on Wednesday afternoon, Fairfax Media reported.

The New Daily contacted an Apple spokewoman, who refused to comment on the record, but said inclusion was important for the company and said the incident was being investigated.

The spokeswoman cited a statement from Apple CEO Tim Cook, which read: “We believe in equality for everyone, regardless of race, age, gender, gender identity, ethnicity, religion, or sexual orientation. That applies throughout our company, around the world with no exceptions.”

So these men who work @ the Apple Store, refused to let in Somali/Sudanese students in. Racially discriminating them pic.twitter.com/yomYNpSpCg

One of the boys, Mabior Ater, said he had been going to the Highpoint shopping centre for “a long time” and never thought he would experience racism.

“She apologised to us and told us that we are welcome here anytime,” Mr Ater told Fairfax Media.

“A lot of people shared it (the video) and they were very angry that this was still happening in 2015,” he added.

“It is a sad reflection of what is going on in the Australian community,” Dr Blay told The New Daily.

“The good news is it doesn’t happen to everyone, but it does happen.

“Obviously it is not people of every ethnic background that experiences this, but it is certainly endemic in the Australian community.

“What this tells us as a community is that even though we claim to be multicultural, and we are in many ways, we have a long way to go.”