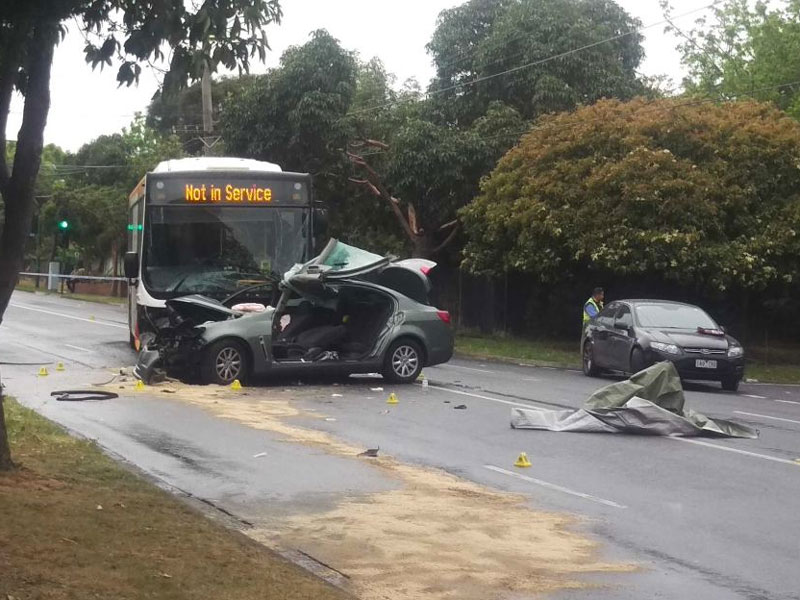 Two teenagers have been taken to hospital with serious injuries after allegedly crashing a stolen unmarked police car into a public bus in Melbourne’s east.

The car was allegedly stolen from outside a house in Hughesdale on Thursday night, before being spotted by police on Asquith Street in nearby Box Hill South this afternoon.

A police officer in another unmarked car attempted to wave the stolen vehicle down at 1:00pm.

But the teenagers allegedly drove at him before crashing into a bus at the corner of Asquith and Stations Streets.

No passengers were onboard at the time and the driver suffered minor injuries.

The teenagers were trapped in the car for a short time before being taken to hospital.

Police are investigating the incident.

Detectives are due to hold a media conference shortly.