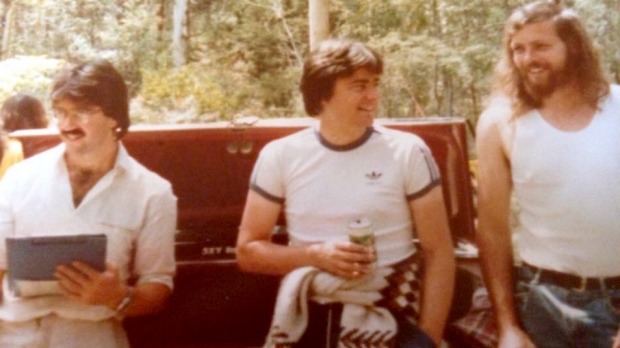 Four university friends have finally finished the ultimate pub crawl of Melbourne, which took them 32 years.

Stewart McArthur, Mick Stephens, Llewella Bates and Tim Dorgan met at teachers college and after graduating in 1983, decided to take on the ultimate crawl.

Mr McArthur took to the yellow pages while he supervised a school exam and listed each and every pub in Melbourne at the time, reported The Age.

That amounted to 476 pubs for the friends to each have a pot of beer at.

The group asked staff at each pub to sign their record book, gradually collecting signatures and sometimes even visiting 22 pubs in a single Saturday.

Pubs were only included if they had a bottle shop attached to them, and certain pubs in the Melbourne’s most far-away suburbs were not tackled because of difficulty getting there.

Over the years, Ms Bates and Mr Dorgan dropped out, but the remaining pair ploughed on.

For reasons unknown, Mr McArthur and Mr Stephens also eventually hung up their boots, just eight pubs away from their goal.

But 26 years later, in 2015, Mr McArthur’s son mentioned to his Dad that he was going on a pub crawl that involved two or three pubs.

Mr McArthur replied, “That’s not a pub crawl”, and retrieved the old list of signatures to show his son.

Deciding the crawl deserved closure, Mr McArthur contacted the rest of the group and they visited the final eight pubs, all in Carlton, last Saturday.

The Great Northern, The Kent, The Brandon, The Dan O’Connell, The Beaufort, the Shaw Davey Slum (known as Stewarts in 1983) and The Astor were all paid a visit.

Finally, the old friends reached the 476th and final pub on their list: The Clyde, where they had drank together every Saturday while at university.