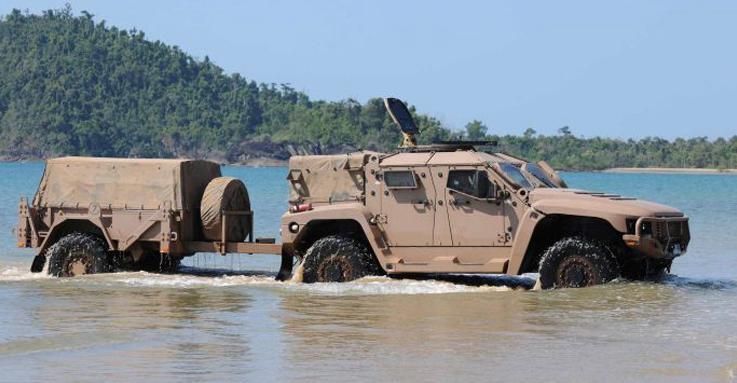 Prime Minister Malcolm Turnbull is expected to announce a major defence purchase in Victoria on Monday.

The Hawkei, a blast proof armoured vehicle, which is built in Bendigo, has been selected in a competitive international contest.

Sky News reported the deal is worth $1.3 billion and 200 jobs to the local economy.

The new spending will include the manufacturing of 1000 new vehicles.

Mr Turnbull and Defence Minister Marise Payne will make the announcement at the Land Engineering Agency Proving Ground at Monegeetta, north of Melbourne.

The base is the Australian Defence Force’s proving ground for military vehicles, and the announcement may relate to the range of armoured vehicles built by defence contractor Thales in the Victorian city of Bendigo.

‘We have been waiting for this contract for quite some time,’ she told ABC radio on Monday.

The deal means Australian forces can use the same US technology, vital to help protect against improvised bombs.