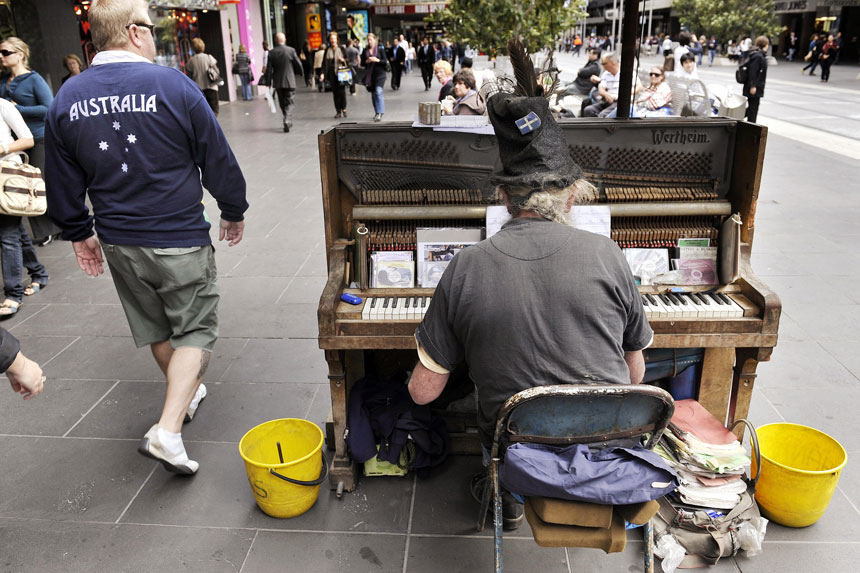 Street performers will be paid to remind smokers to butt out in designated areas across Melbourne – at the rate-payer’s expense.

A $30,000 Melbourne City Council campaign kicked off on Monday and will have performers serenading city workers in laneways and designated non-smoking zones, to remind them about the new laws recently enforced, News Corp reported.

The move comes after a study was conducted by council that found only 25 per cent of the public knew there were smoke-free zones, despite $300,000 being injected into the project.

Lord Mayor Robert Doyle defended the cost of the the street artists.

“We’re very proud of this initiative at the City of Melbourne,” Cr Doyle told News Corp.

“We know this interactive method of educating people is the most effective.

Mayor Doyle said the majority of people coming into the city expected to find smoke-free zones.

A statewide smoking ban in all outdoor alfresco dining areas will be introduced in August 2017.

Street artists get $30k to remind us of smoking bans