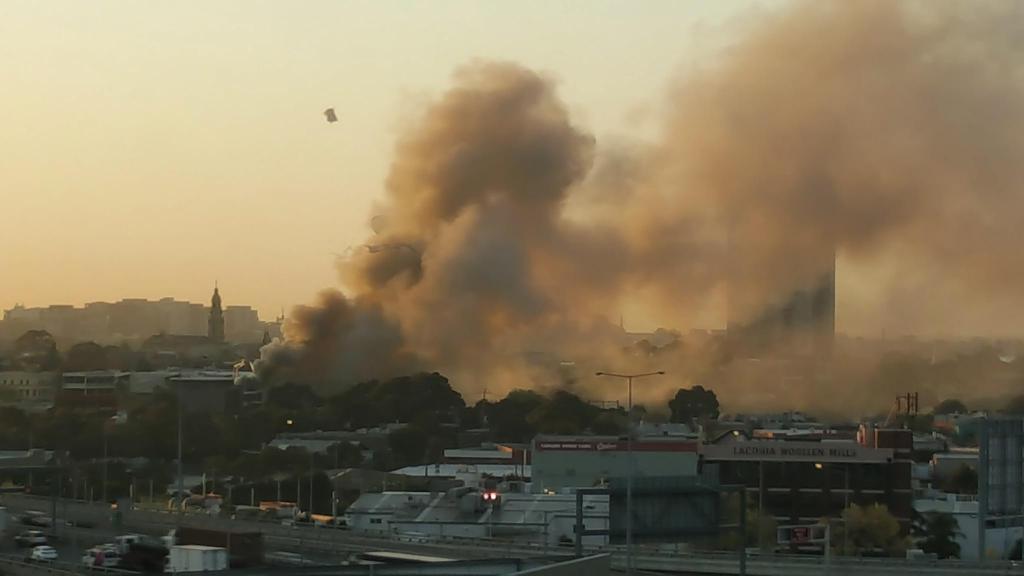 A landmark Melbourne hotel part-owned by Collingwood Brownlow Medallist Dane Swan has been gutted by fire in an early morning blaze.

A police statement said two unidentified men assaulted a construction worker who witnessed them on the hotel site early on Monday.

Possible extortion threats will form part of a police inquiry into the arson attack.

Firefighters were called to the scene of the refurbished hotel around 6.30am, when multiple members of the public made calls after spotting the blaze.

A construction worker was punched in the face when he disturbed two men wearing ski masks or balaclavas inside the pub, which was to re-open on October 16 after months of renovations.

“The victim has woken up to find the premises ablaze,” the detective told reporters.

The fire quickly expanded to the three floors of the former nightclub, and firemen were forced to rope off the surrounding area for fear of the building collapsing.

Ben Vague, another investor, wrote on Facebook: “Don’t think you could wake up to more shattering news!”

Police are now reviewing CCTV images from neighbouring businesses in a bid to identify the two men and how they got away, and are keen to examine the building with an arson chemist.

The Metropolitan Fire Brigade says all the surrounding buildings were evacuated as a precaution during the raging fire, which sent a large plume of smoke billowing across South Melbourne.

In a brief statement posted on Instagram, the owners said the pub opening had been delayed “due to an unfortunate incident causing extensive damage to the building”, and thanked well wishers for their support.