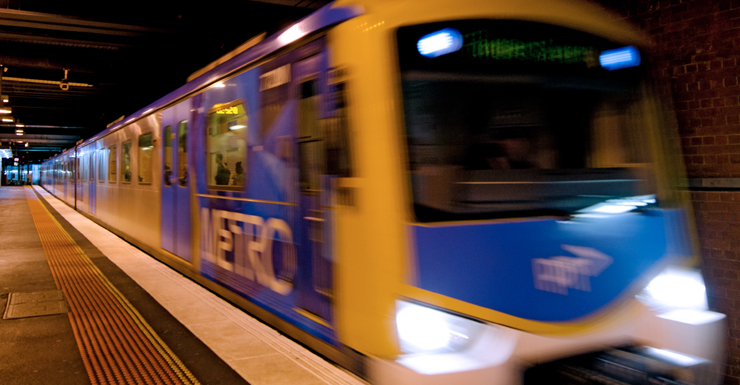 A Melbourne driver has had a lucky escape after following his GPS onto train tracks, jumping out of the car moments before it was hit by an oncoming train.

The 25-year-old man turned onto the tracks in Coburg on Wednesday night and became stuck after trying to reverse, police say.

The driver jumped out of the car moments before it was hit by a train and dragged 15 metres.

The incident has caused long delays for traffic on Bell Street, and Metro Trains says buses are replacing trains while crews clear the scene.