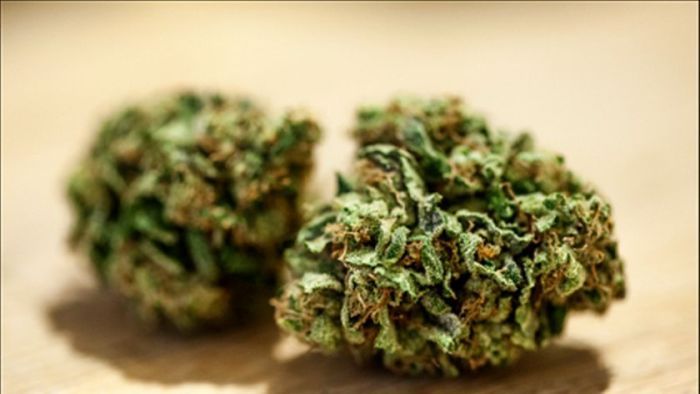 Medical marijuana will be used by a "select group of patients" Mr Andrews said.

The Victorian Government hopes to become the first state in Australia to legalise medical marijuana, hopefully by the end of next year.

The drug would be made available to treat people with terminal illnesses or life-threatening conditions.

Earlier this year, then opposition leader Daniel Andrews said the law was outdated and needed to be “modernised”.

Mr Andrews asked the Law Reform Commission to advise on how to prescribe and regulate the drug with the aim of presenting a bill to Parliament by the end of 2015.

“This is not going to be the type of medicine you go down to the chemist and buy off the shelf.

“This’ll be for a limited and select group of patients.”

Once state laws are changed, the federal Therapeutic Goods Administration will have the final say on whether medical cannabis can be legalised.

But Victorian doctors have called for more clinical trials before it is legalised.

The state president of the Australian Medical Association (AMA), Dr Tony Bartone, said the drug must be legalised in consultation with medical authorities to ensure the safe distribution and administration of the substance.

“The changes to legislation and other regulatory laws need to occur to allow the clinical trials to continue in a meaningful and robust manner,” he said.

“We’ve got to make sure we don’t put the horse before the cart.”

The State Opposition supported the greater availability of medicinal marijuana when it was in government and spokesman Robert Clark said they they now need more details about the proposed change of law.

“The key issue about the medicinal use of marijuana is the safeguards that are involved and Daniel Andrews now that he’s Premier needs to go beyond broad statements of principle,” he said.

“He needs to come forward with the detail of what he’s proposing to do.”

Cassie Battens said life had changed for her three-year-old son Cooper Wallace, since his parents started breaking the law by giving him medicinal cannabis.

“He couldn’t hold his head up before, he would just lay there,” said his mother Cassie Battens.

“He crawls now. He’s starting to stand. He has a personality.”

Ms Batten hopes things can move forward now so that “we don’t have to feel as if we are breaking the law.”

The Law Reform commission reports back in August.