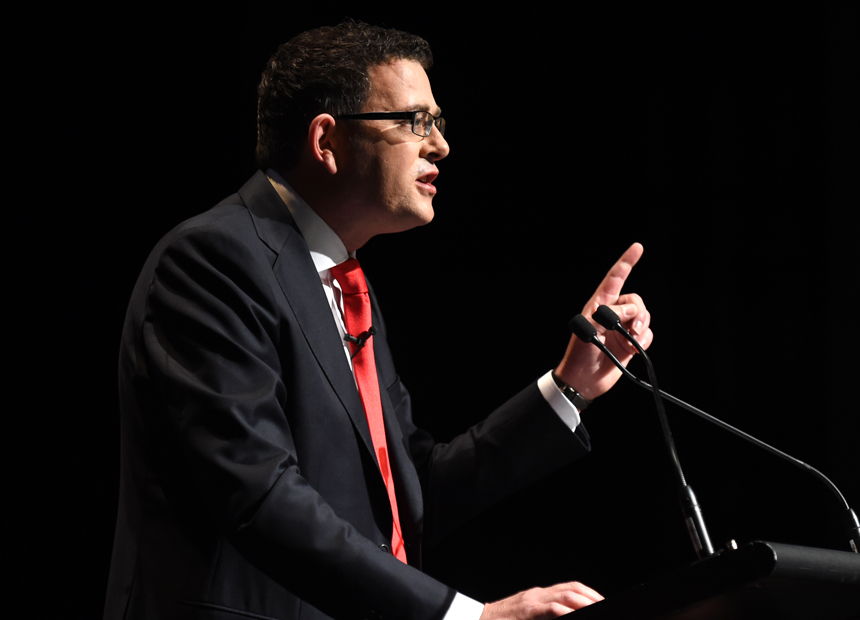 Victorian Premier-elect Daniel Andrews has maintained his decision not to build the East-West Link toll road, despite requests from Prime Minister Tony Abbott for the project to go ahead.

Speaking on ABC’s 7.30 program on Monday night, Mr Andrews said the prime minister had invited him to change his stance on the controversial road project in their first official conversation.

“At the very outset of what was a very productive telephone conversation, the prime minister invited me to break a promise and I was very, very clear with him that’s not the leadership that I will offer,” Premier Andrews said.

“That is not the way that I do things.”

However, Premier Andrews denied having a strained relationship with the prime minister, saying he and Mr Abbott would work together on future infrastructure projects.

“I wouldn’t describe the conversation as strained. I think the Prime Minister was rather hoping that I would say yes, no problems Tony, I’ll break a promise,” he said.

“He was disappointed that I didn’t agree to that, but then we went on to talk about areas where we can work together.”

Premier Andrews said the project was “a dud”, denying it would ease road congestion.

Labor has instead vowed to make public transport a priority, committing $9 billion to a Melbourne Metro rail tunnel under the CBD.

‘PM wants me to break promise’