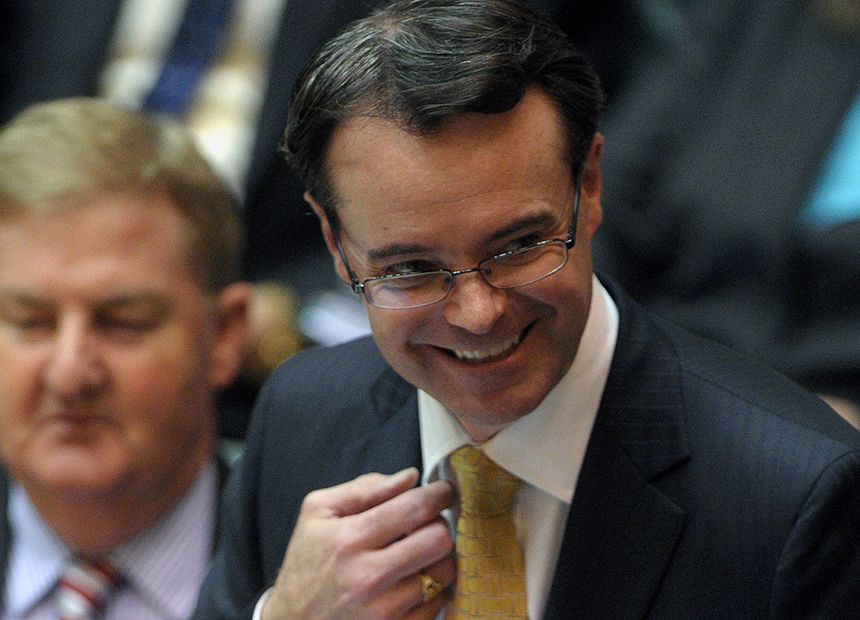 The two are seen as the most likely contenders to succeed outgoing premier Denis Napthine though neither was commenting on Sunday.

A Liberal party room meeting expected this week will elect a fresh leadership as the party begins to dissect their historic state election loss.

The changing of the guard will include a new deputy leader as well with Louise Asher announcing she will step down from the role after 11 and a half years.

“Generational change at the top is needed,” she said on Sunday.

Dr Napthine announced he will quit as party leader during his concession speech on Saturday night but he will remain the MP for South West Coast.

“I believe the party has plenty of opportunity to choose a new leader for a new future so that the Liberal Party will continue to be a strong, dynamic political force here in Victoria,” he said.

“They bring a lot to the party, are very capable, very intelligent and very, I suppose, politically astute and I think both of them would be very positive contenders.”

Outgoing attorney-general Robert Clark paid tribute to Dr Napthine and said the coalition was going into opposition in strong shape, appearing not to have lost a single minister.

“We have a very strong front bench, we have new talent coming into the parliamentary party, we’re in a much different position now than we were in 1999,” he said.

“We are determined to take on board the lessons of yesterday’s election, to regroup, to put together a leadership team and to provide a very strong and effective opposition over the next four years.”