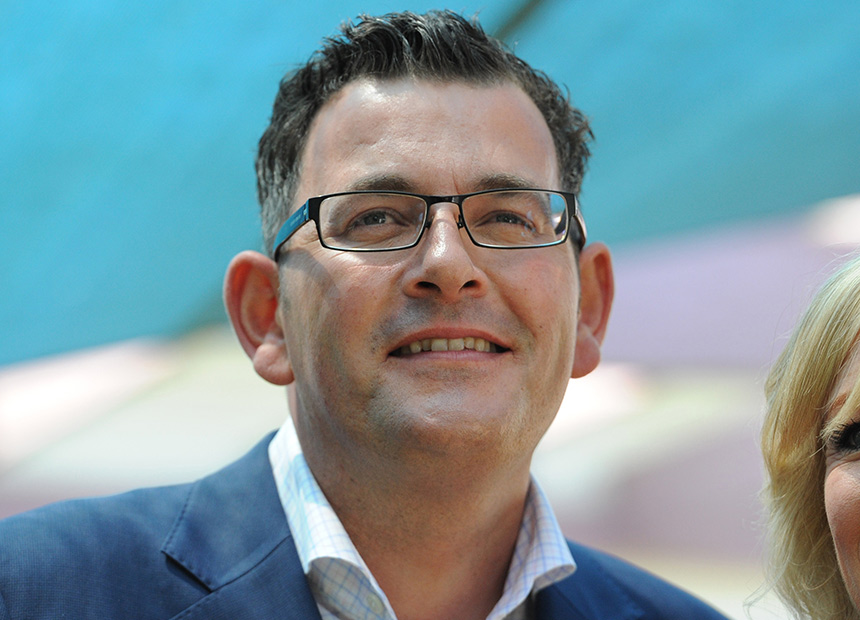 Victoria’s new premier is promising to find common ground with the micro parties who will control the upper house.

The Shooters and Fishers Party and the Sex Party are the front runners for up to five Legislative Council seats, and look almost certain to have the balance of power.

Premier Daniel Andrews says he will bring people together to get legislation through.

• ‘The road is not going to be built’: Andrews
• Battle begins for Liberal Party leadership
• Victoria voted for change: PM

“If you work hard and have the best interests of our state at heart, we can always find common ground,” he told reporters on Sunday.

Mr Andrews will call parliament back before Christmas to swear in his new ministry, which will likely need a new planning minister if Brian Tee loses his seat.

He ruled out any factional influence on the makeup of his cabinet.

“I will be choosing the team, be in no doubt about that,” he said.

On the other side of the fence, former treasurer Michael O’Brien and former planning minister Matthew Guy are expected to vie for the Liberal party leadership.

The two are seen as the most likely contenders to succeed outgoing premier Denis Napthine, who stepped down as Liberal leader on election night.

Louise Asher also announced she was stepping down as deputy leader after 11-and-a-half-years in the role.

“Generational change at the top is needed,” she said on Sunday.

“I am determined to do what I can to ensure this vital national infrastructure project proceeds to completion,” Mr Abbott said.

Mr Andrews said he planned to release the contracts and business case for the East West Link, which Labor has promised not to build.

He said he would work with Mr Abbott and other premiers to protect Victorian jobs.

Greens leader Greg Barber says the new government can’t dismiss his party, which already has three MPs and could get another two.

“We’re still waiting for more information from the upper house but it’s clear the government will need the Greens support,” he said.

“The five Greens, if that’s what we end up with, will be crucial to every vote.”

The Victorian Electoral Commission has counted almost 60 per cent of all votes cast.

All 2.5 million votes lodged at polling booths on Saturday have been counted, with 1.1 million pre-poll votes still to be tallied.

Early and postal votes will be counted up until the December 8 cut-off, but final results in most seats should be known well before then.

The new government is expected to be sworn in later this week.