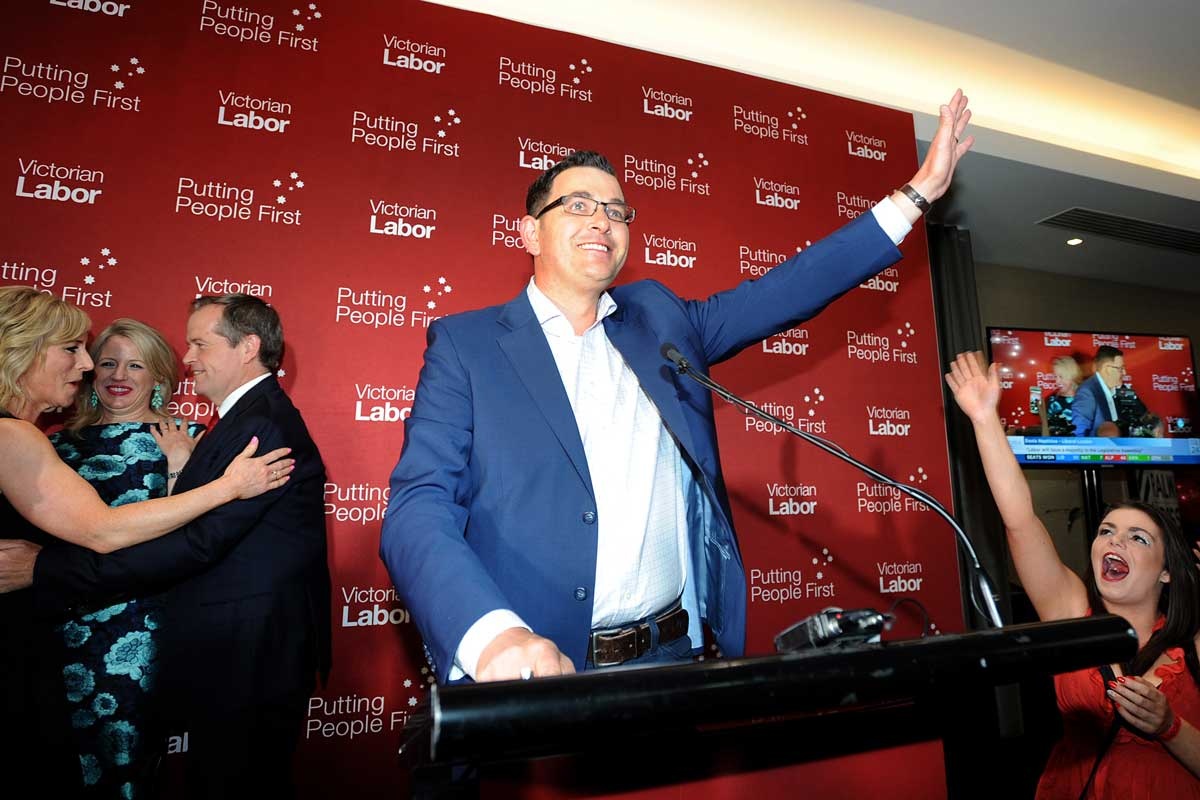 The power and authority Premier-elect, Daniel Andrews, enjoys following Saturday’s election is immense. The power that he enjoys is not the Party’s or that of anyone else or group. It is his. Some commentators do not understand this.

Australian politics at the present time offers us a good case study around power and authority of elected governments.

Any election victory (or re-election victory) provides instant authority and power to the elected leader and his government. Generally, this power grows in the early months as the government implements its mandate and provides the electorate with evidence that it is doing what it said it would. It probably reaches its peak in the first 18 months and then ebbs and flows as the term of office ends.

As an election looms, people, agencies and interest groups “take on” leaders in the hope they may not be returned or they seek to shape future government policy by challenge or threat.

Australia offers an interesting study in this process. The Abbott government is in trouble. It has had no honeymoon. Fourteen months since election usually conservative writers are its fiercest critics. Its mandate has been squandered, they say. Conflict within is rampant.

In Victoria in recent years, leaders elected at a general election have not served as head of government for the whole of the elected term. Both John Brumby and Denis Napthine faced the electorate without having won an elected term in their own right. You could also say that Julia Gillard faced the same issue in 2010. It seems electors regard the change of leadership with some mistrust.

In Victorian Labor history, Daniel Andrews is only the third Labor leader to achieve a majority in defeating a sitting non-Labor government. In 1952 my father won a majority for Labor for the first time in Victoria’s history. In 1982, I did the same. Some 32 years later, Daniel Andrews becomes only the third. Within Labor circles, that in itself provides integrity and authority in its own right.

Before 1982 Labor had only held office in Victoria for about eight and a half years and only two and a half of those were majority governments. With Saturday’s win, in 2018 Labor will have enjoyed office in Victoria for 24 years to the Conservatives’ 12 years. Of those 24 years, all but three years were majority governments. These have been the golden years for Labor despite political parties generally being widely distrusted and viewed with some contempt. No one would have believed this possible in 1980.

Seen in the context of the power vacuum that exists around the country at the moment, Andrews may be in an even more powerful position than 1952 or 1982. Time will be the judge of that.

What Daniel Andrews can now achieve, can be a great contribution to Victoria’s political and social story. It was a stunning result and one that he can use in a telling way. He has the opportunity to change the way politics is played. A win for a leader like this one, makes this possible.