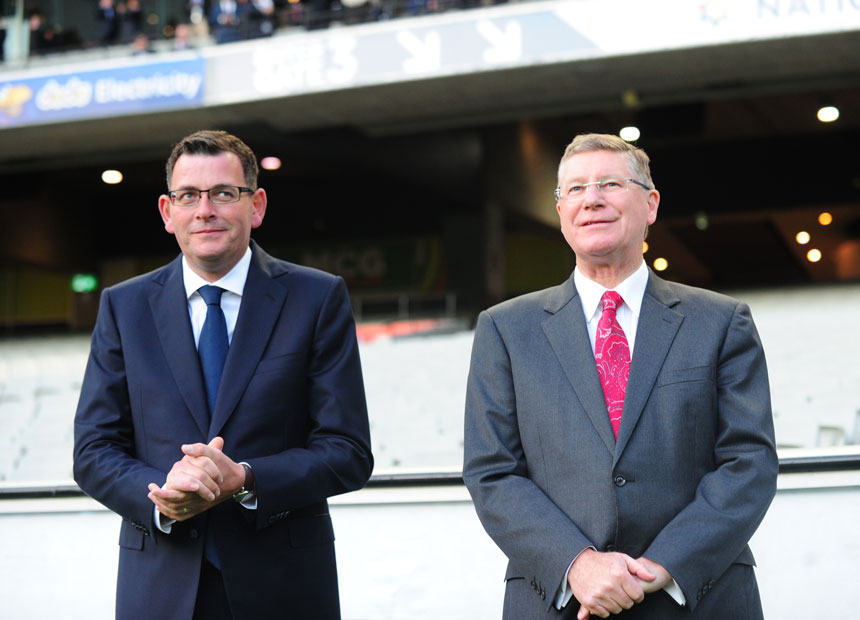 Victoria looks set to have a new Labor government by the weekend, with the Coalition government falling out of favour with voters, according to a new poll.

A Galaxy poll published in Friday’s Herald Sun shows Labor is on track to win Saturday’s election, ahead on a two-party-preferred basis, 52 points to 48.

Premier Napthine is still preferred premier, but only leads by a narrow margin of 41 per cent to 38 per cent.

However, the majority of Victorians still want the East West Link to be built, despite Labor promising to rip-up the contracts if elected.

Sixty per cent of voters said the want the road built, including 48 per cent of Labor voters.

In a win for Labor, its policy costings have been approved by the former head of the Kennett and Howard Government’s Commissions of Audit, Professor Bob Officer.

The party has promised no news taxes, and says it has a contingency plan to cover any potential compensation payments for the cancellation of the East West Link.

Both the Herald Sun and The Age have thrown their support behind Dr Napthine and the Coalition government.

In an editorial called ‘dangerous time to change’, the Herald Sun raised concerns over Mr Andrew’s silence on union corruption.

In their editorial, The Age said the Coalition had the best policies for the state, including the controversial East West Link project, which Mr Andrews promises to scrap.

On Friday, Dr Napthine and Mr Andrews were furiously campaigning around Melbourne.

The absence of Prime Minister Tony Abbott during campaigning has raised questions, with Mr Bracks saying this was the first election campaign he had seen where a prime minister had not been involved.