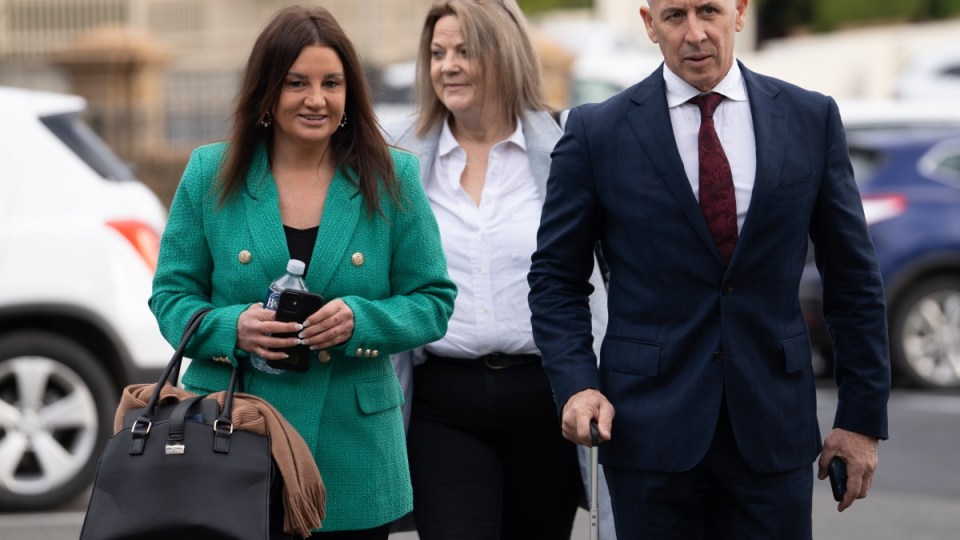 Senator Jacqui Lambie has spent years campaigning for the inquiry into the armed forces. Photo: AAP

Tasmanian senator Jacqui Lambie has fought back tears detailing “10 years of hell” following her medical discharge from the army and legal battles with the Department of Veterans’ Affairs over compensation.

Senator Lambie appeared before Hobart hearings of the Royal Commission into Defence and Veteran Suicide on Friday, after years of campaigning for an inquiry into the nation’s armed forces.

She served in the Australian Army for 11 years and was medically discharged in 2000 after suffering a back injury during training.

Senator Lambie has previously spoken publicly about attempting to take her own life in 2009, her heavy use of painkillers and major depression.

“I want to thank my family for the 10 years of hell they had to go through,” she told the inquiry during a opening statement on Friday.

“That was very difficult for [my parents], watching their daughter … being reduced to basically an empty human being.

“I want to thank my two sons, who went through a lot and watched their mother deteriorate badly.

“To my youngest son … I know you paid a very big price. You had to care for me. I know you are still paying the price for that.”

Senator Lambie detailed years of legal battles with the Department of Veterans’ Affairs in her push for compensation for physical and mental health issues.

She said the department conducted surveillance on her at her Devonport home in the early 2000s and a camera was “put over her back fence”.

In her maiden Senate speech in 2014, Senator Lambie called for a royal commission into defence force culture.

“I never thought about faith or anything but I did make a deal with God. If he could just give me a second chance at life I would fight like hell for veterans because I could understand what was going on,” she told the inquiry.

“They weren’t getting a fair deal.”

The inquiry has received more than 1900 submissions since being called by former prime minister Scott Morrison in April 2021.

It will hand down an interim report next week, with final recommendations due by June 2024.

There are more than 17,500 veterans living in Tasmania, believed to be the highest number per capita of any state or territory.

The cohort is disproportionately affected by homelessness compared with the general population, the inquiry has been told.

Telstra, Optus continue to lose ground to smaller telcos
Nurses to walk off the job in Hobart
Today's Stories