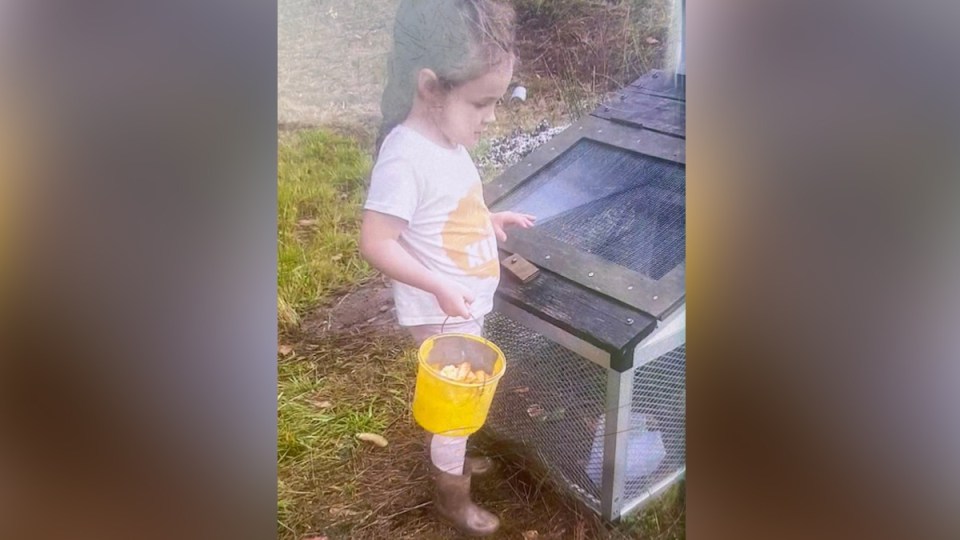 Four-year-old Shayla Phillips has been missing since Wednesday afternoon.

Tasmanian emergency services and police are searching for a missing four-year-old girl, more than 24 hours after she was last seen.

Shayla Phillips vanished while playing with two dogs in a back yard in Stormlea, south-east of Hobart, about 2.30pm on Wednesday.

That’s not an uncommon thing, Shayla knows the dogs very well and is very fond of them,” Inspector Gavin Hallett said.

“Her mother went out to check on Shayla after about 30 minutes and found that she and the dogs were not there.”

“Because of the isolation, the terrain, and the age of Shayla, the rescue helicopter was deployed immediately and started a sweep search,” Inspector Hallett said.

“Soon thereafter, police reinforcements arrived and conducted further, more expansive searches as well as some doorknocks of the area.”

The little girl was wearing pink leggings, a cream top, and gumboots when she vanished.

Police and SES searched the area overnight, along with a Westpac Rescue Helicopter, Police Drone Unit, and specialist dogs.

One of the dogs was found late on Wednesday. The other was found early on Thursday, about 700 metres from the house, as the search continued.

Inspector Hallett said up to 100 people were involved in the search.

“We’ve got an idea as to the distance a four-year-old girl could travel and we’re using that as the perimeters of the search area,” he said.